The City of London Police issued Account Freezing Orders and Account Forfeiture Orders against assets worth £36m in 2020,* compared to less than £1m in 2019, shows research by international law firm, RPC.

RPC says that the increase in the freezing and seizing of criminals' assets by the City of London Police is part of a broader effort by Government agencies to deprive fraudsters of more of their ill-gotten gains. The rise in the value of assets frozen and forfeited is part of a strategy to prioritise higher-value fraud cases.

Account Forfeiture and Account Freezing Orders allow authorities to directly seize money that is suspected of having been obtained by unlawful conduct and freeze bank accounts for up to two years, under the Proceeds of Crime Act 2002. Prior to these powers coming into effect in January 2018, the police and other regulatory bodies, had few options available to them to seize money directly without first having to charge the person concerned.

RPC says that HMRC is also making significant use of both Account Freezing and Forfeiture Orders to prevent suspected fraudsters from accessing funds. HMRC froze and seized £29m in the first 10 months 2020/21**, up from £27.5m*** in the previous full year.

RPC says Government agencies are likely to increase their use of Account Freezing and Forfeiture Orders to crack-down on serious fraud involving the Government's various coronavirus support schemes, such as the Coronavirus Job Retention  Scheme, Coronavirus Business Interruption Loan Scheme and Eat Out To Help Out Scheme.

The use of Account Freezing Orders is part of a broader strategy to tackle fraud. In the March Budget, the Chancellor announced a new £100m HMRC fraud taskforce to clamp down on criminals who exploit the Government’s coronavirus support schemes. The Taxpayer Protection Taskforce will investigate those suspected of fraudulently claiming taxpayers’ money.

Adam Craggs, Partner and Head of Tax Disputes, Regulatory and Financial Crime at RPC, says: “Government agencies have previously been criticised for not doing enough to prevent fraudsters from transferring their money out of the UK to less regulated jurisdictions but action is being taken.”

“Greater use of Account Freezing and Forfeiture Orders by the various authorities is making it more difficult for criminals to transfer their money from the UK to other jurisdictions and depriving them of their ill-gotten gains.”

Michelle Sloane, Partner at RPC says: “The Government's £100m investment in The Taxpayer Protection Taskforce to tackle Covid related fraud demonstrates that the Government is determined to crack-down on abuse of the various coronavirus support schemes. As more suspected cases are investigated, we will undoubtedly see regulators make greater use of these orders in the future to ensure that those who have fraudulently claimed money from the Government are not able to benefit from their criminal activity.” 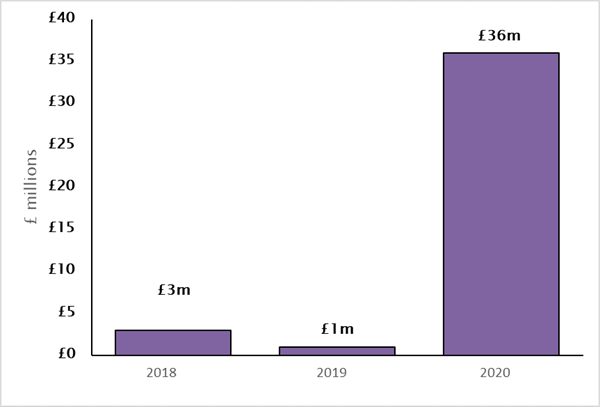