There has been a 65% increase in the number of businesses challenging their rates bill in the last quarter, with 4,000 challenges made in the first quarter of 2019, up from 2,430 challenges in Q4 2018*, says RPC, the City-headquartered law firm.

There has been a total of 12,390 challenges to business rate valuations made to the Valuation Office Agency since April 2017.

Business rates are calculated based on property values and a multiplier that rises with inflation.

Recent research suggests that nearly one in six businesses has faced a claim in the magistrates court because it has not paid its business rates in the past year**.

Jeremy Drew commented: “The sharp jump in challenges shows that the burden of business rates is causing more and more pain for retailers on the high street.”

“The Government is being encouraged by retailers to act now by cutting business rates to ease that burden. Doing so should dramatically help an industry that is one of the UK’s biggest employers.”

“The Government needs to go further than it did last Autumn when business rates were reduced for only the smallest of retailers. The retail sector’s view is that the changes made just tinkered around the edges and made the business rates regime even more complex.”

“Boris Johnson has a great opportunity to revitalise the high-street.”

“One policy area that could be revisited is relief for empty properties. Following changes in 2008, businesses no longer receive relief on business rates if their property (other than industrial property which has always enjoyed special treatment) is vacant for longer than three months – it used to be that 50% relief was granted.” 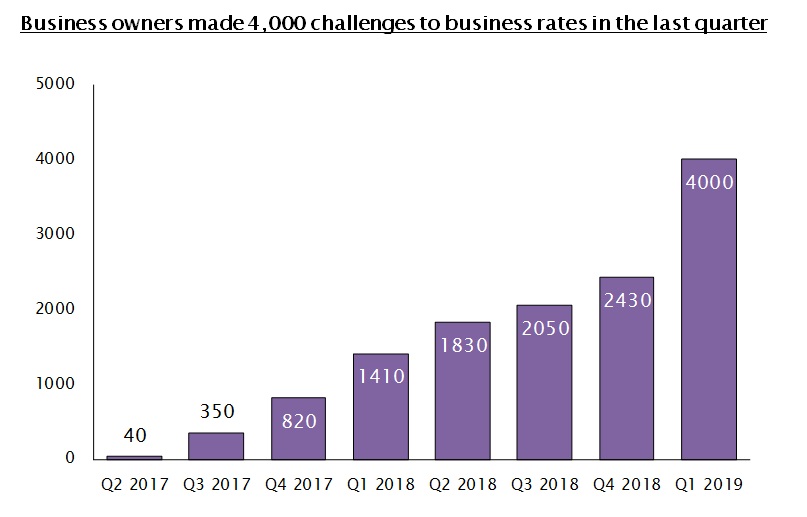