Beer trademarks hit record high of 2,500 in a year

RPC says the continued boom in demand for craft beer and an increased range of low-alcohol beers has driven up the number of trademark registrations.

BrewDog, for example, now has over 130 trademarks registered in the UK, including for its Albino Squid Assassin and Dead Pony Club beers.

RPC adds that the rise in beer trademarks is being further driven by the demand for low-alcohol and alcohol-free beer, which has resulted in a proliferation of new low-alcohol beer brands. This demand is partly driven by younger generations, more of whom are going ‘teetotal’ or choosing to cut back on their alcohol intake for health purposes. UK sales of non-alcoholic beer, wine and spirits reached a record high of £57m last year** - an increase of 39%.

Registered trademarks for beer have almost doubled in the last five years, rising 89% from 1,331 in 2013 (see graph below).

“The industry used to focus on consistency of product, now the focus is on variety.”

“Established players have learnt from the success of new entrants to the craft beer market and realised they can’t just offer consumers one product or one brand.”

RPC adds that as the number of beer trademarks continues to grow, so too does the likelihood of more legal battles over trade marks taking place. For example, Manchester based Cloudwater Brew was recently forced to rebrand its ‘Good Call Soda’ after Heineken said the name infringed on a trade mark it had registered for one of its brands, Fosters, for a TV advertising campaign.

RPC’s Head of Food & Drink, Ciara Cullen, adds: “It's clear that everyone from the largest distilleries to the smallest craft breweries are keen to break into the "no / low" alcohol space.  In order to successfully do so, it won't be enough to have a quality product at the right price point, you will need to develop a brand that really resonates with your target consumer and gives you the edge on the competition.”

“Properly protecting and enforcing your IP not only generates value in your brand but helps you achieve longevity in a highly competitive market.” 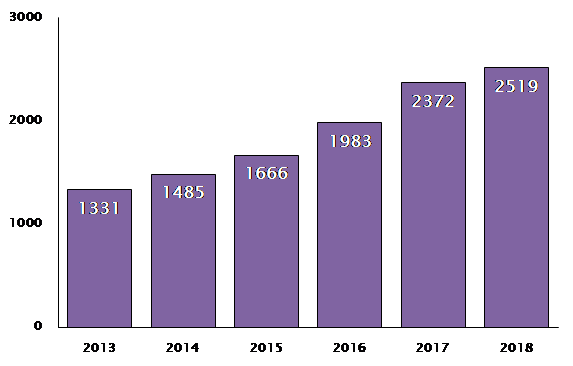