FCA had prioritised actions against directors and other senior individuals

The number of individuals banned from the financial services sector by the Financial Conduct Authority (FCA) has started to rise again, says City-headquartered law firm, RPC.

According to RPC, the FCA issued 27 “prohibition orders” in the last year, banning individuals from operating within financial services. This is the first increase in four years but is still only at 38% of the level of five years ago (see graph below).

RPC warns that the increase in prohibition orders may be signalling that the FCA plans to make good on its pledge to target individual directors for malpractice rather than just levy fines against institutions.

Richard Burger, Partner at RPC, explains that the FCA believes that actions targeting individuals in the financial services sector will have a much greater effect than simply issuing fines to companies. However, whilst the FCA has notched up a series of record breaking fines against institutions, they have had less success in targeting individuals.

Explains Richard Burger: “Many at the FCA believe that it is prohibition orders, fines against individuals and prison sentences that act as the best deterrent. However, these are harder to come by than some expect.”

“Financial services staff shouldn’t mistake this patchy use of prohibition orders for a sign that the FCA has gone soft.”

“The FCA has had to divert a lot of resource onto major flagship and extremely resource hungry investigations like Libor and Forex manipulation.”

“Now work in that area has been wound down, it has freed up enforcement staff to pursue other matters.”

“There is still enormous pressure from politicians and other commentators on the FCA to bring more enforcement cases.”

Richard Burger suggests that senior management at financial services firms should review their Directors & Officers (D&O) insurance to ensure that it gives them proper coverage for the costs of dealing with a regulatory enquiry. In particular, executives will want to check that they receive coverage for independent legal advice.

Says Richard Burger: “It is important that the D&O cover provides individuals with separate specialist legal advice from that of the company as there may be a conflict of interests between the company and an individual executive.” 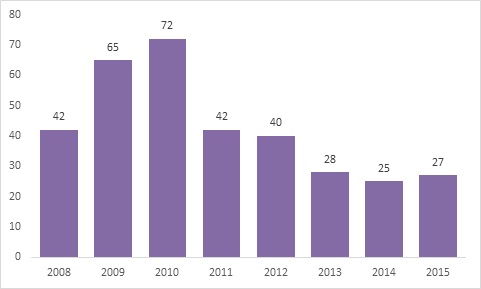