60% fall in the number of raids in a year

Concern that smaller scale financial crimes are slipping through the net

The number of dawn raids carried out by the Financial Conduct Authority has fallen by 60% in a year, from 20 in 2013 to 8 in 2014 – its  lowest level since the start of the financial crisis, says City law firm, RPC (see graph below).

There is a concern that while the FCA has been forced to invest heavily into major investigations such as Libor and Forex, many smaller scale, less systemic, financial crimes are slipping through the net.

Richard Burger, Partner at RPC, comments: “Whilst the FCA has its hands full with Libor and Forex, it cannot lose sight of unregulated activities, such as boiler rooms, which aggressively target small retails investors, especially those frustrated by low investment returns from mainstream savings accounts."

Richard Burger says that whilst some volatility surrounding the number of raids carried out is to be expected a 60% drop within the space of a year is fairly significant.

Adds Richard: “The FCA needs to ensure that the financial services retail market is getting the attention it needs to help to protect innocent investors from investing their savings in fraudulent investment schemes.”

RPC says that cold calls from Wolf of Wall Street style boiler rooms remain a problem for smaller investors. Boiler rooms are high pressure sales organisations. The sales force will often make unsolicited calls to potential investors in an attempt to pressure them into buying high risk shares or other investments.

Richard continues: “The FCA is doing a great job with the headline grabbing scandals but it needs to focus on the smaller issues too or it will face a huge task of cracking down on a backlog of smaller illegitimate investment schemes in the future.”

"The FCA says it has the budget, resources and talent (teams of lawyers, forensic accountants, intelligence analysts and investigators, usually former police officers) to deal with the issues it faces, it just needs to continue to allocate its resources in order to protect the retail investor.” 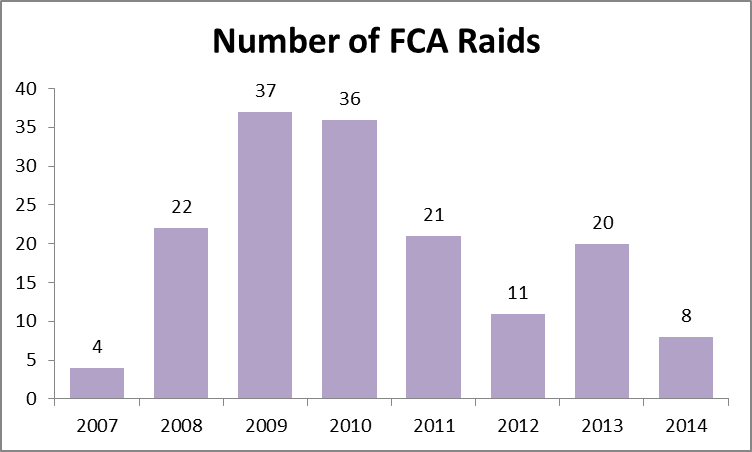