Number of forced interviews at the SFO jumps 37%

Significant ramp up in activity at the agency

The Serious Fraud Office (SFO) compelled 177 witnesses to attend interviews last year, marking a 37% increase on the 129 interviews it undertook the year before as it steps up its pace of investigation,* says leading City-headquartered law firm, RPC.

RPC says that this represents a substantial ramp up in activity at the SFO at a time when it is under public scrutiny over the number of investigations it undertakes.

These “compelled” interviews require witnesses, not suspects, to attend interviews with the SFO. Witnesses can also be compelled to supply documents that the SFO believes could help with an investigation.

RPC says that being forced to give evidence that could potentially lead to the prosecution of an employer or colleague can be a very distressing experience.

Witnesses forced to supply information to the SFO under these powers are permitted to be represented by a lawyer at their own expense.

When an employee is compelled to be interviewed as part of an investigation into their employer the SFO is likely to object to them being represented by their employer’s own lawyers.

RPC says that this illustrates the importance for directors and senior managers of making sure that the cost of personal legal representation is properly covered under their company’s Directors and Officers insurance policy.

Richard Burger, a Partner at RPC, says: “It is not surprising that the SFO is conducting more compelled interviews- the SFO is busy and intends to remain busy.

“Almost everyone who is interviewed by the SFO finds it an intensely demanding process- whether they are interviewed as a witness or a suspect.

“Being compelled to give evidence against colleagues, employers and even family members can be physically and emotionally exhausting.

“Until you have been questioned by a highly skilled and highly motivated fraud investigator using statutory powers to make you answer questions, you cannot tell how you will react.

“For many people, a compelled interview will be their first encounter with law enforcement officers and the process itself is often very disconcerting.

“Legal representation is vital in assisting the interviewee and their families through each stage of the investigation, helping to understand the lines of questioning and disclosure; as well as the post interview 'post mortem'.” 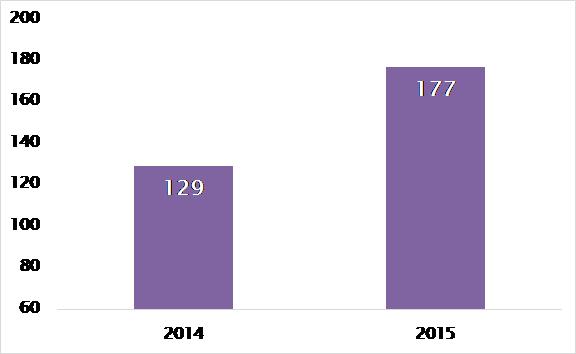