The Government’s Online Harms Bill, published in March, seeks to address illegal and harmful content on the Internet with the aim of safeguarding UK citizens online.

Companies that don’t comply with the legislation can be fined up to £18m or 10% of their global revenue, whichever is higher. There is no limit on turnover for companies under the legislation.

While the Government has said that less than 5% of all UK businesses will fall under the Bill, a far higher percentage of retailers and ecommerce sites are likely to be affected – as well as the social media platforms the legislation was originally designed for.

RPC says the Bill raises several problems that need to be addressed. This includes:

Rupert Cowper-Coles, Partner at RPC, says: “The UK is going to be the first liberal democracy to have this kind of legislation. While the legislation is well intended, it is going to have a lot of negative impacts.

“This legislation will frighten small businesses to either hire moderators they cannot afford or risk a devastating fine.

“The Government and Ofcom have said they don’t wish to impose disproportionate burdens on small companies, but the legislation as it stands will do just that.”

Rupert Cowper-Coles says: “This Bill will have a chilling effect on people’s ability to discuss matters freely online. Knowing they could be fined 10% of their global turnover, social media firms will be very quick to remove content they think could potentially break the law. Don’t be surprised if the deletion of content goes much further than the legislation intended.

“While measures taken to protect online users – particularly children – are very welcome, this can be done without legislation that disproportionately impacts small companies and threatens individuals’ freedom of expression.” 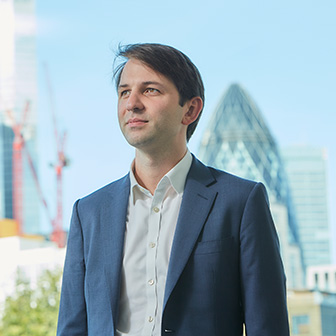