City law firm RPC is pleased to announce that Janney Chong has been appointed as partner in the firm’s Hong Kong office, beginning March 1.

Janney, a broad corporate finance specialist, had been a partner in the Hong Kong office of US corporate law firm Sidley Austin since 2012, specialising in IPOs, fundraisings and M&A transactions for mainland Chinese businesses. She joined Sidley Austin in 2004.

She has substantial experience of representing both issuers and underwriters of listings on the Hong Kong Stock Exchange, as well as takeovers and mergers of Hong Kong-listed companies. Janney has advised on more than 30 Hong Kong IPOs during her career.

Janney has also advised on numerous other Hong Kong transactions, including share issuances worth in excess of US$200 million, and a US$800 million acquisition by a mainland China company of a minority stake in a Hong Kong-listed business.

Janney is a fluent English and Mandarin speaker, and holds two LL.M degrees, from University College, London and the City University of Hong Kong.

RPC says that the appointment of Janney Chong follows shortly after the hire of M&A and private equity specialist Jeremy Cunningham as partner, as the firm continues to build its corporate finance team in Hong Kong. Jeremy joined from Mayer Brown in November 2016.

The firm adds that it is continuing to recruit further associates to support the growth of its Hong Kong corporate finance practice.

James Miller, Managing Partner at RPC, comments: “Bringing Janney into our corporate finance team in Hong Kong is a real coup for the firm. We have been looking for some time for the right person to bring on board, with the right skillset and cultural fit. Janney is a great fit for RPC on every count.”

David Smyth, RPC’s Senior Partner in Hong Kong, says: “We are looking forward to continuing to grow our corporate finance offering in Hong Kong, and we are excited to see just what Janney Chong, Jeremy Cunningham, Jason Carmichael and their team can achieve.”

Says Janney Chong: “I’m thrilled to be given the opportunity to help develop RPC’s corporate finance practice in Hong Kong. The firm has a growing reputation for handling major corporate transactions, and it’s a very interesting time to join the team.” 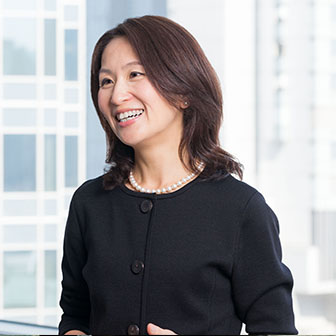