M&A activity has been driven by deals targeting luxury fashion e-retailers, as both luxury brands and retailers look to rapidly expand their online sales presence.

The value of UK M&A deals involving e-retail businesses has jumped to £461m in 2017/18, a fourteen-fold increase from just £31m the previous year, says RPC, the City-headquartered law firm.

RPC explains that historically, many luxury brands deliberately tried to restrict sales of their products online on the basis that this might impact their ‘exclusive’ image, preferring instead to sell through high-end boutiques or department stores. The last few years has seen a dramatic change in that approach and sales of luxury goods online are surging.

Private equity is also active in this sector, with private equity firm Apax Partners acquiring a majority stake in luxury fashion e-retailer Matchesfashion for a reported £400m in 2017.

10 deals involving online retail businesses were announced in 2017/18, doubling from five deals five years ago in 2013/14.

Overall, M&A in the retail sector increased to 37 in 2017/18 from 32 the previous year, as existing large retailers use M&A to add economies of scale to make up for slowing organic sales growth.

Karen Hendy, Partner in the Retail Group at RPC, says: “Ecommerce is one of the fastest growing areas within the retail sector.”

“Pure play digital operators such as Yoox Net-A-Porter and FarFetch have shown what’s possible for luxury multi-brand online retail. As a result, other luxury goods companies have come to understand how important a credible online offering is for consumer engagement and boosting sales.”

“It’s now clear that you can sell luxury products online without diluting your brand. It’s probably no surprise that many luxury retailers are now looking to sharply enhance their exposure to e-commerce.”

“Once a luxury goods retailer has engaged with and enhanced their e-commerce offering, they become more attractive to trade buyers and private equity investors.” 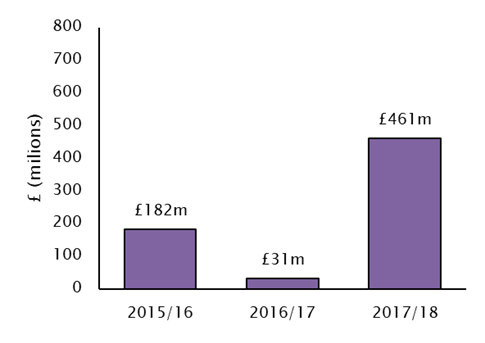 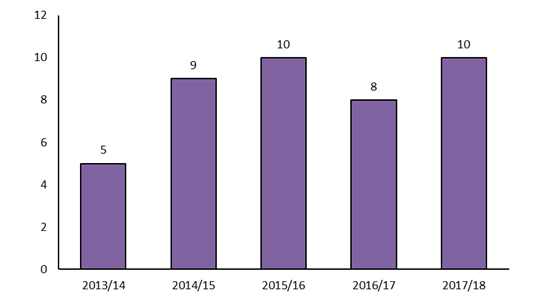