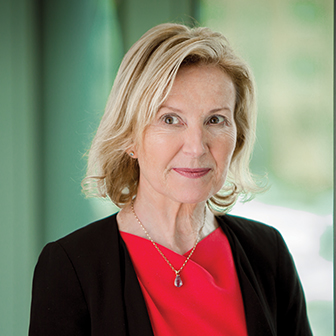 Vivien Tyrell formerly headed RPC's Restructuring and Insolvency Group before becoming a consultant of the firm. In addition to being a solicitor, she is an insolvency practitioner licensed by the Institute of Chartered Accountants of England and Wales (ICAEW).

She is in the Legal 500 Hall of Fame for her long track record of being a Leader in the Field of Insurance Insolvency and Restructuring.

Advising on insolvency and restructuring matters for over 20 years, Vivien acts on all aspects of insolvency and pre-insolvency situations, for accountant insolvency practitioners, boards of directors and other stakeholders.

Her work includes pre-pack sales, restructuring and the purchase of debt, as well as all types of debt exit solutions, such as Schemes of Arrangement under Part 26 of the Companies Act and Part VII transfers under the Financial Services and Markets Act.

She was involved in developing the now widely used "gagging" or "no-say" injunction against banks (and other innocent third parties) coupled with disclosure and interrogation orders as a preliminary to freezing bank accounts and other assets to enable repatriation to insolvent estates.

She has been involved in implementing or acting for stakeholders in over 20 unconnected Schemes of Arrangement particularly in the field of insurance. She led the award winning team in drafting and implementing the Scheme of Arrangements of members of one of the EW Payne insurance pools involving a combined scheme of over 26 companies from over 13 different countries.

Her extensive cross-border experience includes use of the Cross Boarder Regulations, Section 426 of the Insolvency Act and working with US firms in relation to reciprocal enforcement under Chapter 15 of the United States Bankruptcy Code as well as Reorganisation Plans under Chapter 11. She has also implemented back to back UK Schemes in  jurisdictions such as Israel, Bermuda and Mauritius. She has provided expert evidence to the US Court in a number of cases this area.