Access all areas? Privilege, the loss of confidentiality and a missed opportunity

Privilege is not necessarily lost when an opposing party has had access to that privileged material. The purpose and context of the access will lie at the heart of the court's decision in the event that a claim to privilege is disputed: ConocoPhillips Co v Chrysaor E&P Ltd [2021](1).

The application arose in the context of litigation between a buyer and seller of certain companies in the North Sea oil industry. The buyer was granted access to certain documents and emails during and after the sale; specifically, email accounts of employees of the seller's subsidiaries as they became employees of subsidiaries of the buyer. The email accounts were later copied to the buyer's subsidiaries wholesale, although the buyer did not examine them in detail.

The seller claimed legal professional privilege over certain documents within those email accounts. The buyer challenged this on the basis that confidentiality in the documents had been lost as against the buyer (rather than as against the whole world) as a result of the access to, and copying of, the email accounts. Somewhat unusually in the context of a privilege dispute, both the seller and buyer had access to the documents which were the subject of the application, although the buyer agreed not to examine them until the privilege dispute was resolved.

Providing access to entire email accounts carries a high risk that confidentiality could be lost, but the question to be answered was whether it had been lost. Confidentiality can be preserved impliedly (rather than simply expressly) and context is key to determining whether or not it has been successfully preserved.

The relevant provisions in the contractual agreements allowed for broad but not unlimited access to the documents in question. In particular, the contractual framework provided wholesale access (to ensure the efficient working of the underlying business) but not for any purpose, and not for the purpose of the subject litigation. As such, confidentiality was preserved.

The parties' respective solicitors had been in correspondence over this privilege issue in early 2020; on 19 February 2020 (over a year before the trial) the seller "put its position clearly and powerfully to the buyer". The court was satisfied that it was clear to each party at this stage that there was a difference of position. The buyer, however, did not raise its challenge to the claim to privilege after that correspondence, or in the Disclosure Review Document, or at the Case Management Conference.

The application was not heard until approximately one month before the start of the trial in May 2021.
It had therefore been made so late that the court did not believe that it was reasonable within the phrase "reasonable and proportionate" to grant the type of relief sought at this very late stage in the litigation.

The court concluded that in circumstances where the implications of granting the application would disrupt preparation of both sides for trial, it was "just too late" to do so. It also reminded the parties that "it is part of the very purpose of case management in this court, to avoid that type of disruption as the parties approach a trial which is significant for both of them".

This decision reinforces the position that although wholesale access to material may be provided, parties must separately consider the purpose and prevailing circumstances in which such access is granted (which may impose express or implied confidentiality obligations) despite the free provision of access to material.

It is also a reminder that outstanding interlocutory skirmishes should be resolved well in advance of trial. Parties often trade correspondence on disclosure issues well before final hearing, but this decision highlights the need to make applications at that stage, rather than in the scramble of late pre-trial preparation. The courts will take a dim view of belated applications, particularly when the respective positions have been clearly articulated for some time, and where the issues were not raised before the court in the usual case management framework. 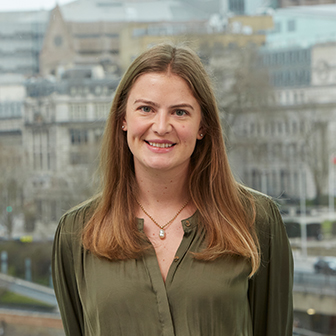