Can an appeal court order repayment after it has reversed the relevant order?

An appellate court has an inherent power to restore money paid or property transferred under an order which it has reversed. And not all contractual provisions are susceptible to being waived by election. These are the two key takeaways from the Privy Council's judgment in Delta Petroleum (Caribbean) Ltd v British Virgin Islands Electricity Corporation [2020] UKPC 23.

A clause in the contract permitted Delta to claim "performance relief" if the refinery from which Delta obtained the oil closed.  This meant that Delta would be able to either suspend the supply of oil to BVIEC or terminate it altogether. Following the closure of the refinery, however, Delta continued to supply fuel from an alternative source at an increased price to offset its increased costs.  At the same time, Delta sought an increased price from BVIEC to offset the increased costs of doing so.

The negotiations failed and Delta informed BVIEC that it could no longer supply fuel under the contract on the basis that it had not been able to find a supplier who could supply the oil on terms similar to the original refinery.

BVIEC objected to Delta's attempt to rely on the "performance relief" provisions in the contact; Delta had waived its right to do so by continuing to supply fuel from an alternative supplier.

BVIEC secured an interim injunction from the High Court of the Eastern Caribbean Supreme Court (the "High Court"), forcing Delta to continue the oil supply.  At trial, the High Court granted a final injunction that was then upheld by the Court of Appeal.

The Privy Council held that on a proper reading of the contract, Delta was not required to make an election and had not waived its right to claim performance relief by continuing to supply fuel from an alternative source. In order to claim "performance relief", Delta did not need to make an immediate choice between terminating the contract or treating it as still binding.

The continued supply of fuel from an alternative source did not prevent Delta from ceasing to supply fuel at a later stage because of the closure of the refinery and the inability to mitigate the consequent loss.

In accordance with normal practice, BVIEC had not given a cross-undertaking in damages when the final injunction was made.

Having reviewed the relevant case law, the Privy Council held that an appellate court can, under its inherent power, order a respondent to restore to an appellant any money paid or property transferred under an order which the appellate court has reversed.

Such an award can include interest.  However, it is not necessary for the appellate court to compensate a party for all the loss that it may have suffered by complying with the order of a lower court.

The Privy Council ordered BVIEC to pay Delta the difference between the value of fuel transferred to BVEIC pursuant to the original order and the contract price paid for the fuel together with interest.  The precise amount to be paid by BVIEC to Delta would need to be determined by the High Court.

This decision will be of comfort to parties who have been ordered by a first instance court to pay money or transfer property and who believe that they have strong grounds for appealing the decision.

Such parties may comply with the court's order in the knowledge that if they are successful on appeal, the court will order that any money or property be returned to them and, if appropriate, that interest be paid. The court will not, however, compensate a party for all the loss that it may have suffered by complying with the order of the lower court.

The judgment is also a salutary reminder that a waiver by election in respect of a contractual right does not occur simply because a party does immediately seek to rely on that right.  Whether a waiver by election has occurred will depend on a close reading of the contract.

Although decisions of the Privy Council are not usually binding precedent in England, its decisions are afforded great weight and persuasive value. The English courts are therefore highly likely to follow this decision. 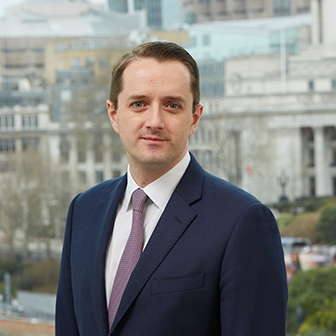