When will an order for costs be made against a family member who was not a party to the underlying proceedings, but who contributed significantly to funding the losing party's defence? Answer: when the funder has a personal interest in the litigation. Kazakhstan Kagazy Plc (and others) v Maksat Arip (and others)[1]

The claimants attempted to enforce the judgment and in the process, discovered that Mr Arip's wife, Mrs Arip, and her mother, Ms Asilbekova, had jointly funded over 50% of Mr Arip and Ms Dikhanbayeva's defence costs, despite neither being party to those proceedings.

Accordingly, the claimants applied under section 51 of the Senior Courts Act 1981 for an order that Mrs Arip and Ms Asilbekova should pay the claimants' legal costs of the proceedings.

The costs of and incidental to all proceedings in the High Court "shall be in the discretion of the court"[2]; this discretion includes the power to determine "by whom and to what extent the costs are to bepaid"[3].

Ultimately, whether a costs order is made against a non-party will depend upon whether the court considers it just. While this is a highly fact specific exercise, the courts have provided some guidance; for example, the discretion will not normally be exercised against 'pure funders' (for example litigation funders) who have no personal interest in the litigation, do not stand to benefit from it and in no way seek to control its course. In general, those with an indirect interest, particularly if it is linked to emotional or family involvement with the party being supported, are not normally regarded as interested parties.

This means that where a non-party not merely funds the proceedings but substantially controls or at any rate is to benefit from them, justice will ordinarily require that, if the proceedings fail, he/she will pay the successful party's costs.

The court considered the circumstances surrounding the funding by Mrs Arip and Ms Asilbekova of Mr Arip and Ms Dikhanbayeva's defence.

Just before the proceedings had started, Mr Arip arranged for a very large sum to be paid into a trust (the WS Settlement) of which he and his wife were beneficiaries. The bulk of this sum was then distributed to Mrs Arip in three tranches between 2010 and December 2013, substantially depleting the trust.

The last and largest tranche was distributed to Mrs Arip after proceedings had been commenced. Shortly thereafter, Mrs Arip began funding the defence of her husband and Ms Dikhanbayeva, and continued to do so until after judgment.

Mrs Arip stated that the reason for her generous funding was that her husband had run out of money and that, out of love and affection, she wished to help him. (This did not explain her funding of Ms Dikhanbayeva's defence).

In addition to funding the defence, Mrs Arip transferred significant sums of money to her brother and her mother, such that at the time of the hearing, over £100 million of the monies transferred to her out of the WS Settlement was either missing or unexplained.

The court found that the distribution of monies out of the WS Settlement to Mrs Arip, and her subsequent transfer of a significant proportion of that money to family members, whilst still retaining control of those funds, was nothing more than an attempt to dissipate her husband's assets, to put them out of reach of enforcement by the claimants. This suggested that the funding of the defence by Mrs Arip, and the complicated movement of funds out of the WS Settlement, was a joint enterprise between Mr and Mrs Arip calculated to frustrate enforcement by the claimants. In this sense, Mrs Arip had a real interest in the outcome of the proceedings, both on the basis that her lavish lifestyle could not be maintained if judgment was enforced against her husband's assets, and that the distributions paid out to her in order to circumvent enforcement were themselves at risk of being attached in enforcement proceedings, as monies which derived from Mr Arip.

Accordingly, the court held that Mrs Arip's funding of the defence was not motivated by natural love and affection for her husband, but was calculated self-interest and part of a joint plan with her husband to dissipate assets and to frustrate enforcement. The court accordingly made a costs order against Mrs Arip, and her mother, Ms Asilbekova, on the basis that the latter had been content for funds to be parked in her account, at the control of Mrs Arip (and her husband).

Whilst the courts have provided guidance on the factors to be taken into consideration when determining whether or not to grant a non-party costs order, these are not pre-conditions or hard and fast rules as to how the discretion is to be exercised. In all cases, the immutable principle is that the discretion must be exercised justly.

In this case, the court saw through the artifice employed by Mr Arip, his wife and their complicit family members, and recognised the acute injustice and unfairness to the claimants that would result from this scheme to keep monies out of reach of the claimants. In the circumstances, it was just to make a costs order against Mrs Arip and her mother. 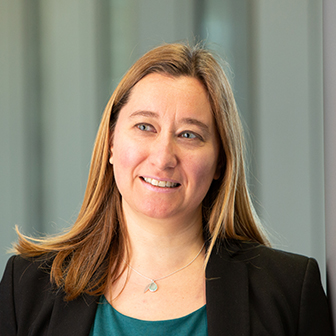