Crypto-assets again confirmed as property by the English Commercial Court

In the Commercial Court's latest crypto-related judgment, Fetch.AI(1), a proprietary injunction and worldwide freezing order were granted against various categories of persons unknown who had misappropriated various crypto-assets from one of the claimant's Binance trading accounts. In doing so, the Court agreed with the key finding in the seminal case AA v Persons Unknown, Re Bitcoin [2019] EWHC 3556 (Comm) – that bitcoin is 'property' – albeit it did so on a different basis.

The fraud and the injunctions sought

The claimants alleged that fraudsters gained access to the Binance trading account maintained by the first claimant and were able then to drain the account of US$2.6 million in a short period by entering into various trades on the first claimant's behalf at significant undervalue. The upshot of the fraud was that the relevant crypto-assets held in the trading account were transmitted to third party accounts, which the claimants inferred were operated by or on behalf of those carrying out the fraud.

In response, the claimants issued proceedings against various categories of persons unknown (labelled A to C) as well as two Binance entities (materially, one such entity is Cayman registered and one is English registered). The claimants sought and were granted a proprietary injunction, worldwide freezing order and ancillary information disclosure against the persons unknown as well as a Norwich Pharmacal order and/or a Bankers Trust order against the Binance entities.

Departure from Re Bitcoin – a crypto-asset is a chose in action?

The specific claims brought against the persons unknown were for breach of confidence, unjust enrichment and an equitable proprietary claim, each of which were predicated on the relevant crypto assets in the first claimant's trading account being 'property'. In that regard the court was satisfied that this was the case, reflecting the position reached in the seminal case of Re Bitcoin.

Unlike prior cases, Re Bitcoin had addressed why crypto-assets could be regarded as property, adopting the detailed analysis of the issue set out in the UK Jurisdictional Task Force's November 2019 Legal Statement on Crypto-Assets and Smart Contracts, thereby providing a detailed judicial basis for the finding (see RPC's article on that case here). The upshot of the analysis in that case was that a crypto-asset did not neatly fall into the traditional two categories of property in English law, namely 'things in possession' (i.e. tangible assets) and 'things in action' (e.g. debt or contractual rights) but nevertheless could still be regarded as 'property'.

In contrast the Court in Fetch.AI considered that the relevant crypto-assets were 'choses in action' (which is alternative language for a 'thing in action') i.e. falling into the second of the traditional categories of property in English law. In doing so, the Court came to the same conclusion as Re Bitcoin – that crypto-assets are property – but by a different route.  The Fetch.AI judgment does not provide any analysis to support this divergence from the approach in Re Bitcoin, or indeed refer to Re Bitcoin at all.  It may therefore be that the position in Re Bitcoin is to be preferred, at least for now, albeit happily the substantive result is the same either away (that crypto-assets are to be treated by the English Court as property).

An interesting feature of Fetch.AI was the delineation of the various categories of defendant persons unknown, namely:

The Court was mindful that the relevant order be drafted so as to make clear that innocent receivers (i.e. those who had no reasonable grounds for thinking that what has appeared in their account did not belong to them but instead belonged to the claimants) would find themselves in breach of the order. The order therefore contained a caveat restricting the scope of proprietary relief available to those assets not held by innocent receivers.

Fetch.AI followed the approach in the recent case of Ion Science (see RPC's article on that case here) in two notable respects:

Lex situs of a crypto-asset

In the context of an application for permission to serve out of the jurisdiction (necessary as the location of the persons unknown was also unknown), the court held that the lex situs of a crypto-asset (i.e. the law of the place the asset is situated) is the place where its (original) owner is domiciled (i.e. in this case the first claimant, a company domiciled in England and Wales).

As previously noted, one of the Binance entities was based outside of the jurisdiction.  This entity was believed by the claimants to be the main parent company within the Binance Group. Whether or not Norwich Pharmacal relief was available against entities outside of the jurisdiction remains uncertain, with Teare J having concluded that it is not in AB Bank Limited, Off-shore Banking Unit v Abu Dhabi Commercial Bank PJSC [2016] EWHC 2082 (Comm), [2017] 1 WLR 810.

It had been contended in Ion Science (in the context of a Norwich Pharmacal Order made against the same Binance entity) that AB Bank had been wrongly decided.  However, in that case, Butcher J had not been prepared to make a finding on that issue having only heard one side of the argument (because, again, the defendants were unknown and not represented). In Fetch.AI, the judge followed the same approach citing Ion Science.

The case serves as further helpful authority that crypto-assets are to be treated as 'property' under English law.  That said, the divergence in how the Court reached that conclusion as compared with Re Bitcoin does muddy the waters somewhat, and it is hoped that this divergence may be clarified in future cases.

The meticulous delineation of categories of persons unknown is novel in crypto-cases and the express carving out of assets held by innocent receivers is an interesting development. It will be interesting to see whether this approach is reflected in future judgments.

The support for the reasoning in Ion Science in this case is also welcome, even if the asymmetry between Bankers Trust orders being potentially available against entities outside of the jurisdiction, but not Norwich Pharmacal relief, remains unchanged. Hopefully future cases will bring clarity to this issue. 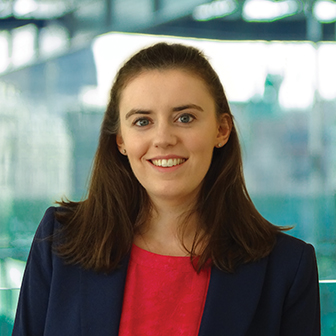