Does an expert owe a fiduciary duty to its client?

For the first time, the Court of Appeal has considered the duties of an expert concurrently engaged on two potentially conflicting disputes.

Secretariat Consulting Pte Ltd (SCL) provides expert litigation and arbitration support services to the construction industry.  Based in Singapore, it is an entity within a larger group (the Group). SCL was approached by the solicitors for an organisation involved in a dispute (the organisation) to provide arbitration support and expert services in Arbitration 1 (one of two relevant arbitrations) on delay and disruption.  SCL ran a conflict check across all entities in the Group, and confirmed it was clear. A confidentiality agreement was signed.

After SUIL ran a conflict check which revealed SCL's engagement, SCL wrote to the organisation's solicitors, saying that SUIL's engagement by the third party (which they characterised as being across two offices on different matters) 'would not constitute a "strict" legal conflict'.  The organisation's solicitors expressly disagreed but SUIL proceeded to act for the third party on Arbitration 2.

The organisation issued an urgent ex parte application for interim injunction against three members of the Group, claiming breach of fiduciary duty. The issue found its way to the Court of Appeal.

There was no prior English authority on the issue of whether an expert owes a fiduciary duty of loyalty to its client.  The Court considered cases from Australia(2) and Ireland(3), but noted that there was no guiding precedent in this respect. Fiduciary duties normally arise in settled categories of relationship where there is a high degree of mutual trust and confidence between the parties (trustee and beneficiary, solicitor and client or an agent and its principal by way of example), and where one party is in a position to exercise judgment and make discretionary decisions on the part of the principal, acting solely in the interests of the principal.(4)

The Court of Appeal considered and dismissed the appellant's submission that an expert's overriding duty to the court or tribunal precluded a finding of fiduciary duty on the basis that it negated the requisite duty of undivided loyalty to the client. An expert's overriding duty to the court could be said to be one of the main reasons why the expert may owe a duty of loyalty to the client, as it is in the client's best interests for an expert to provide measured and objective evidence which will be given greater weight than if the expert is perceived to be lacking in objectivity.

Although the Court rejected this argument, it was 'reluctant' to conclude that there was in fact a fiduciary duty owed (as the first instance decision had concluded) in circumstances where the finding was not necessary for the disposition of the appeal.

It was common ground that two letters of engagement between SCL and the organisation's solicitors constituted a contract. The engagement letters referred to the CIArb Expert Witness Protocol and expressly stated that SCL had 'confirmed you have no conflict of interest in acting for [the organisation] in this engagement. You will maintain this position for the duration of your engagement' (emphasis in judgment).

The Court was satisfied that SCL owed the organisation a clear contractual duty to avoid conflicts of interest for the duration of their retainer.(5)

Was that same duty owed by the other entities in the Group?  The key points considered by Lord Justice Coulson were:

The Court concluded that on the facts the overlaps in this case (including the identities of the parties, the experts' roles, the specific project, and the subject matter of the dispute itself) were so 'all-pervasive' that they clearly gave rise to a conflict of interest and dismissed the appeal.

The Court also took pains to note that its construction of the effect of the contractual agreement as applying to the Group did not pierce the corporate veil, because it turned on how the Group chose to present itself (a global firm providing services in a variety of offices in different jurisdictions). Lord Justice Males suggested that any concerned entities should take care in drafting their conflict searches and contracts to ensure that any undertaking given is limited to (for example in a group company situation) the particular company being instructed (to the extent prospective clients would accept such a carve-out).(7)

(1) [2021] EWCA Civ 6
(2) Wimmera Industrial Minerals Pty v Iluka Midwest [2002] FCA 653 - relating to one party's use of an expert in a patent dispute after the expert had previously done consultancy work with the other party.  The Court held no duty could be implied on the facts because the experts were 'independent contractors performing specific work' and the claimant knew the expert had worked for the respondent.
(3) Sweeney v The Voluntary Health Insurance Board [2020] IECA 150 at [91] to [93] - relating to the engagement of an economic expert in competition law actions who was and continued to be retained by the respondent in connection with related pleadings. The Court concluded there was a significant conflict of interest, but neither party alleged the existence of a fiduciary duty. The Court noted in obiter that establishing a fiduciary duty would have far reaching implications and put an expert witness in an impossible position'.
(4) Sheikh Al Nehayan at [159].
(5) Secretariat at [72] per Coulson LJ.
(6) Secretariat at [38] per Coulson LJ.
(7) Secretariat at [101] per Coulson LJ and [123] per Males J. 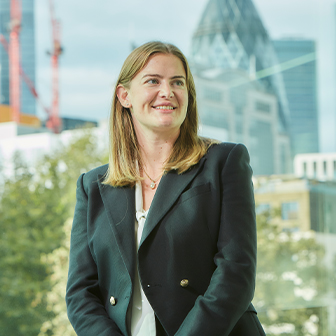