Football agent scores a victory in loss of a chance case

The Court of Appeal upheld the appeal of a licensed football agent who alleged Sports and Entertainment Media Group had induced a professional footballer to breach an agency contract with him, which had deprived him of the fee he would have earned.

On 6 April 2007, McGill met with McCann, who at that time was a professional footballer under contract with football club Aston Villa. McGill entered into an oral agreement to act as McCann's exclusive agent with the aim of obtaining a new contract for the player at Aston Villa or at another club.  On 28 May 2007, McGill reached an agreement in principle for the transfer of McCann to Bolton Wanderers for a transfer fee of £1 million.

Around this time, SEM, which also provided agency services, found out about the proposed transfer and successfully persuaded McCann to dismiss McGill as his agent on the basis that SEM would conclude the deal on the same terms but acting for Bolton, which would allow McCann to avoid paying income tax on the agency fee.

In November 2007, McGill started proceedings against McCann for breach of contract claiming £300,000 (the fee he had expected to earn).  This claim was settled just prior to trial in September 2009, for £50,000.

Three years later, in July 2012, McGill brought proceedings against SEM and Bolton Wanderers (and various individuals connected with each entity) claiming, amongst other things, that the defendants had induced a breach of contract.

The first instance judgment (in September 2014) dismissed all McGill's claims. McGill's inducement claim against the SEM defendants failed on causation grounds. Under the Football Association's rules any representation contract between a licensed agent and a player had to be made in a standard written form.   The effect of this rule appears to have been that in order for McGill to have received his agency fee there would have to have been a written agreement with McCann. The first instance judge held that this element of the claim action failed because on the balance of probabilities McCann would not have signed such an agreement (he had refused repeatedly to do so at the initial meeting because he was concerned that to do so would trigger income tax liability).

McGill appealed in relation to his causes of action against the SEM defendants only.  His appeal included an appeal against the first instance judge's finding on causation in relation to the inducement claim. McGill argued that the approach adopted by the court was incorrect and the causation and loss aspects of the inducement claim should have been decided on a loss of a chance basis instead.

The SEM defendants' arguments in response included a submission, which had been dismissed at first instance, that McGill was debarred from bringing the present action because the settlement of McGill's action with McCann in 2007 had fixed the full measure of his loss and he could not recover any further loss from anybody else, citing Jameson v Central Electricity Generating Board and Heaton v AXA Equity and Law Assurance Society Plc.

The Court of Appeal judge who gave the leading judgment noted that the Jameson argument potentially provided the SEM defendants with a complete defence to the action. In Jameson the court considered whether a claimant with separate tortious causes of action against two parties for the same damage which it settled with one of the parties was debarred from pursuing a claim against the other. The key question was whether the settlement was intended to be "in full satisfaction of the tort", which could be found from the effect the parties intended to give to a settlement agreement by entering into it. In Heaton the House of Lords dealt with the same issue but in a contractual context i.e. where Party A suffers damage and has remedies against Party B and Party C under separate contracts. In such a scenario, the court held that Party A would not be able to pursue Part C if the settlement with Party B fixed the full measure of the estimated loss.  This turned on the proper construction of the settlement agreement.

Applying these cases, the Court of Appeal considered whether, by settling the earlier action, McGill had fixed the full measure of his loss. In this case, the key terms of settlement were set out in a Tomlin order which stated that McCann was to pay McGill £50,000 in "full and final settlement of all claims arising out of the matters set out in the statements of case". On balance the leading judgment concluded that the terms of settlement were insufficient to fix McGill's loss. The leading judge observed that the facts in this case were different from the factual matrices in Jameson and Heaton in so far as the causes of action against McCann and the SEM defendants were quite different (one contractual and the other tortious). The practical effect of this was that that clear language would have been needed if, by settling with McCann, McGill were to be taken to have also satisfied his claim against the SEM defendants. In this case there was no such language and therefore the defence based on the Jameson argument failed.

Loss of a Chance

The key principles derived from these cases was that where a claimant's loss depends, not on what he would have done, but on the hypothetical acts of a third party, the claimant must:

Applying these principles to the case, the leading judge first considered whether there was a real or substantial chance that, but for the interference by SEM, McCann would have entered into a written agreement with McGill. He concluded that there was, (a) because the oral agreement clearly contemplated one otherwise McGill would not have been paid, and (b) McCann would in principle be bound by an implied term to co-operate with McGill in bringing about such a situation.

Having established causation, the next step was to identify what was the percentage chance that McCann would have entered into such an agreement. The leading judge noted that in arriving at his erroneous conclusion on causation the first instance judge had concluded that the chances of this were below 50% and held that the judge was entitled to conclude as he did. By entering into a non-compliant oral agreement McGill was running a high risk that he might be left stranded if McCann stood by his repeated refusal to sign a written agreement. The Court of Appeal remitted the decision as to the precise percentage figure to the first instance judge who, to be consistent with his original judgment, would not be able to find that it exceeded 50%.

The case provides a clear articulation of how the loss of a chance principle works and when it is applicable. The principle is significant. Once the claimant has demonstrated on the balance of probabilities that the defendant's conduct caused him to lose the relevant chance, he can potentially to recover sums which on the balance of probabilities he would he would never have been entitled to. Although it remains to be seen what sum McGill is ultimately awarded, the benefits from a costs liability perspective of his having succeeded on this point are likely to be significant.

The Court of Appeal's analysis and application of Jameson and Heaton is also interesting. An important practical point which it underlines is that defendants should be careful to insert specific language into any settlement agreements to prevent the claimant from bringing separate claims against other parties in relation to the same damage (which could expose them later to contribution claims). 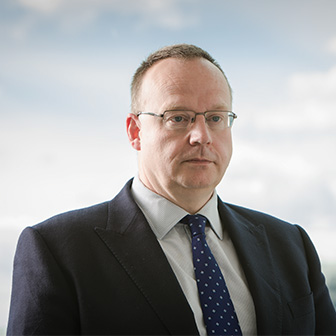