Only list the documents used to refresh the memory of the witness, use the statement of best practice as a checklist and follow the principles of the practice direction: these are some of the main points arising out of the decision in Mansion Place Ltd v Fox Industrial Services Ltd [2021] EWHC 2747 (TCC), the first decision to give substantial guidance on the new witness statement rules under Practice Direction (PD) 57 AC.

The Defendant (Fox) agreed to design and build an extension to and refurbish student accommodation for the claimant (Mansion). The project was delayed, and the contractual completion dates were missed. This resulted in a dispute regarding Mansion's right to deduct liquidated damages from sums claimed by Fox in a payment notice.

The key issue was whether Mark Kite, Fox's managing director, entered an oral agreement by telephone with Mansion's director, Shankar Ramanathan, on 14 October 2020. Fox alleged that in this phone call Mansion agreed not to deduct liquidated damages from Fox as regards the project delays and Fox agreed not to claim any loss and expense. Mansion averred that no binding contract was formed, whereas Fox maintained that there was a binding agreement, or alternatively, the liquidated damages provision was void and/or unenforceable.

The parties both made applications in relation to the admissibility of the other party's witness statements.

Mansion's solicitors raised their concerns in relation to Fox's witness statements and PD 57AC compliance, and in return Fox's solicitors raised concerns with Mansion's witness statements. Mansion applied to remove non-PD 57AC-compliant sections of Fox's evidence and for the certificate of compliance to be amended to specify that the requirements of PD 57AC were not discussed with or explained to the witnesses until after the statements were drafted, and that the statements were not prepared in accordance with the statement of best practice in PD 57AC. Fox later sought to amend/redact Mansion's evidence that was not compliant with PD 57AC and/or CPR 32 and Fox's counsel identified corrections and additions to ensure compliance.

It later transpired that one of Fox's witnesses (Mr Higginbottom), a non-solicitor, had taken Mr Kite's evidence for the initial drafts of Mr Kite's statements. Fox maintained that following Aquarius Financial Enterprises Inc v Lloyd’s Underwriters (The Delphine) [2001] 2 Ll.Rep. 542, the witness statements could be prepared by someone other than the party's solicitor if the third party exercised the same standards that would apply if the statements were taken by the solicitor. Further, Fox's solicitors explained to Mr Higginbottom the approach to preparing trial statements, specifically the need for the statements to be in the witness' own words and confined to the facts, and avoid argument, submission or any detailed commentary on the documents.

The judge found that Fox's solicitor was aware of PD 57AC (having referred to it in earlier, unrelated adjudication proceedings). The judge reiterated the importance of avoiding satellite litigation that is disproportionate to the size and complexity of the dispute, and flagged that the sensible course of action where one party is concerned that another has not complied with a PD, is to raise the concern with the other side and attempt to reach an agreement. The assistance of the court should be requested at a time and manner that does not disrupt trial preparation or cause unnecessary costs. In this case the judge did not criticise the parties for bringing the matter before court as it highlighted the new PD and enabled the court to set out guidance.

The judge clarified that where paragraph 3.2 of PD 57AC stated that a witness statement must identify by list: “what documents, if any, the witness has referred to or been referred to for the purpose of providing the evidence set out in their trial witness statement" this does not require each document looked at during the proceedings by the witness to be listed.  The purpose of the rule is to provide transparency regarding documents used to refresh the memory of the witness so that the court and the other side can understand the extent to which the witness might have been influenced by the contemporaneous documents, including those not seen at the time. Even prior to PD 57AC, a proper approach to preparing a trial witness statement would result in compliance with the statement of best practice in PD 57AC.

The judge found that Mansion was justified in its concerns with regards to Mr Higginbottom's impartiality and independence in preparing Mr Kite's draft statements, especially for a case where the evidence related to a vital telephone exchange. Whilst the judge found that it may be difficult for Mr Higginbottom to record the evidence "without viewing it through the lens of his formed opinion", it was evident from Fox's solicitor's statement and an email from counsel that steps had been taken to ensure Mr Kite's account was revised before service to set out the words Mr Kite had used, rather than any paraphrasing. The judge also found that Mr Kite and Mr Higginbottom being tendered for cross-examination at trial was an additional safeguard against tainted evidence.

The court also found that Fox's witness statements were prepared with the PD in mind and that the best practice principles had been adopted. The Court rejected Mansion's application for Fox's representatives to re-draft the certificate of compliance.

The judge also confirmed that in keeping with PD 57AC, commentary on documents or opinion should be avoided. Accordingly, both parties had to redact evidence where this had not been complied with.

First, this decision provides clarity that witness statements only need to list documents used to refresh the memory of the witness. This puts to bed the debate whether client witnesses, who may have seen documents throughout the course of litigation, may need to refer to documents seen earlier on in the process. Second, the decision reminds practitioners that the statement of best practice should be used as a checklist for witness evidence. And third, as long as practitioners bear the principles of PD 57AC "in mind" when preparing witness evidence, even if there is not complete compliance with the rules, an attack on the witness statement by the other side may not be successful. This may discourage parties from engaging in satellite disputes save in the most egregious cases of non-compliance. 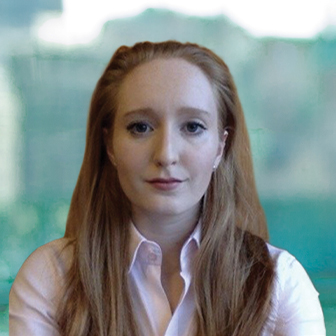