The Commercial Court has held a litigation funder to be jointly and severally liable for the defendants' costs from a date prior to the litigation funding agreement and despite the involvement of other funders in The ECU Group plc v HSBC Bank Plc & ors(1).

The decision arises out of underlying proceedings commenced in February 2019 by the ECU Group Plc (ECU), an investment firm specialising in currency risk management, against entities within the HSBC group (the HSBC parties). ECU alleged that, between 2004 and 2006, the HSBC parties were responsible for manipulating the interbank spot foreign exchange rate in order deliberately to trigger 'stop-loss orders' which had been placed by ECU in connection with their management of their clients’ mortgage debts under their multi-currency facilities with HSBC's UK private bank.

Therium, a commercial litigation funder, had entered into a litigation funding agreement with ECU in September 2019 (the LFA), by which time the particulars of claim and defence had been filed. Therium agreed to provide a commitment of c. £6.6m to ECU for the purposes of funding the proceedings up until the conclusion of the liability trial and to reimburse ECU for part of its costs incurred since 30 November 2018. If the proceedings were successful, Therium stood to receive a contingency fee of three times the amount of costs funded plus 20% of any recovery net of costs above £100m, as well as reimbursement of costs funded.

In November 2021, Mrs Justice Moulder dismissed all of ECU's claims on limitation grounds and ordered ECU to pay the HSBC parties' costs of the proceedings on the indemnity basis.

The HSBC parties then applied for an order that Therium pay their costs and that it be jointly and severally liable with ECU in respect of those costs. In support of their application, the HSBC parties submitted that Therium had funded a large majority of ECU's total costs, had paid nearly all of ECU's costs since 30 November 2018 (prior to the LFA) and stood to obtain substantial profits from the litigation if ECU was successful. In addition, the HSBC parties argued that they should not have to pursue each person with potential responsibility for the litigation for individually allocated sums, and that it would be unheard of on the authorities for the court to order several liability.

Moulder J held that it was just to make an order against Therium in respect of the HSBC parties' costs from and including 30 November 2018, ie before the date of the LFA. This case could be distinguished from the authorities to which she had been referred because, on signing the LFA, Therium had assumed liability for costs incurred prior to that date. Although Therium did not cause those costs to be incurred, it had taken a positive decision that as part of the funding arrangements it would fund those incurred costs. Accordingly, Therium's entitlement to the contingency fee and to be reimbursed for costs funded applied both to sums incurred from 30 November 2018 to the date of the LFA and to future costs. Having taken the potential upside of the contingency fee (which, under the LFA, was calculated by reference to all funded costs), it would be unfair for Therium to avoid the corresponding downside of being liable for such incurred costs in circumstances where the litigation was unsuccessful.

Moulder J also held that Therium should be jointly and severally liable with ECU for the HSBC parties' costs. In reaching this decision, Moulder J took account of the fact that Therium had by far the dominant financial interest in the outcome of the proceedings and effectively controlled the proceedings through the LFA; the HSBC parties had no choice but to incur costs in defence of the claim and it would not be fair to make recovery of those costs dependent on the pursuit of numerous individuals and entities; and, while Therium could seek to join the other funders in due course, it would not be just to delay making an order against Therium to give it further time to do so.

Litigation funders should not assume that their liability for costs when a claim is unsuccessful will be determined by the date of the LFA or the percentage of funding contributed, as has been shown here. The court has a broad discretion when making costs orders and, in doing so, will consider what outcome is just in all the circumstances. In this case, the court had regard to the fact that Therium had the dominant financial interest in the proceedings, stood to gain a large sum if the litigation was successful and had taken the potential upside of funding costs incurred from 30 November 2018 – and held that it should, therefore, face the corresponding downsides. 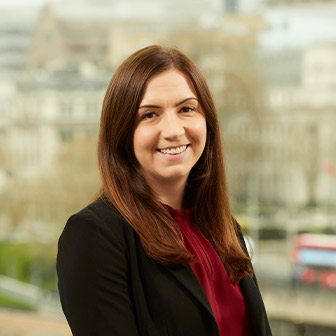