Typhoon "Higos" passed by Hong Kong on 19 August 2020, doing something that COVID-19 has been threatening to do for weeks – close the courts again. "Higos" was the third storm of the current typhoon season and the strongest so far to affect the city.

At 1.30 am on 19 August 2020, the Hong Kong Observatory raised the typhoon no. 9 signal (the second highest storm warning) for the first time since Typhoon "Mangkhut" in September 2018.  As a result, Hong Kong came to a standstill and the courts closed for the day (although, the court registries did open at 2 p.m.).

Save for a couple of days in July, the courts have generally remained open since the end of the three-month general adjourned period ("GAP") on 3 May 2020, during which the courts were closed save for urgent and essential business.  Since the end of the GAP, the number of reported cases of COVID-19 in Hong Kong has approximately quadrupled.  The fact that the courts have remained open recognises the essential public service they perform and that the judiciary administration and court users are learning to operate alongside the pandemic.

During parts of the summer the number of reported infections remained stubbornly high at over 100 cases per day.  At the time of writing, this has come down to below thirty reported cases per day and the general trend appears to be in decline.  However, this trend is part of a "third wave" of infections and there is still a great deal of anxiety in the community.  Perhaps, somewhat serendipitously, by forcing most people to stay indoors, "Higos" may have done its bit to help reduce the number of cases of infection.

Hong Kong remains in partial lockdown and employers have been urged to allow staff to work from home as far as possible.  There is still no visibility on when schools might resume face-to-face learning.  Stringent social distancing measures remain in place; as does the compulsory wearing of face masks in all indoor and outdoor public spaces.  This general state of affairs looks like it could continue for some weeks.

The government apparently has ambitious plans to conduct COVID-19 testing among much of the population (totalling approximately 7.5 million people), starting in September 2020.  According to some media reports, the aim is to test up to five million residents during the course of a few weeks.  Testing will be voluntary at numerous designated testing centres located throughout the territory, although it is by no means clear how many people will volunteer to turn-up.  Indeed, the risk of testing positive and being taken into isolation at a hospital or government quarantine centre may put some people off, especially in respect of testing young children.

The enhanced social distancing measures within the court buildings, intended to reduce crowds gathering and improve the flow of people in court premises, remain in place; as does reduced seating capacity in the public gallery of courtrooms and reduced operating hours of court registries and accounts offices1.

At the time of writing, the most recent judiciary announcement confirmed new crowd management measures for the operation of the District Court Registry and accounts office2.

As if to emphasise how persistent the COVID-19 virus is, the otherwise busy Probate Registry of the High Court was closed for a day on 17 August 2020 for deep cleaning, having been visited on 30 July 2020 by a court user who is understood to have later tested positive for the virus. 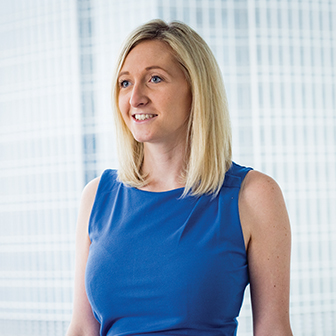