If, contrary to an agreement to arbitrate, you are sued in the wrong jurisdiction the English courts stand willing to issue an anti-suit injunction – regardless of how quickly the foreign proceedings might have escalated. The recent case of UAU -v- HVB [2021] EWHC 1548 (Comm) serves as a good example of how a party should conduct itself in order successfully to obtain injunctive relief.

Facts of the case

UAU and HVB entered into a farmout agreement in relation to their participation in an oil and gas block, offshore of Equatorial Guinea. The agreement included an arbitration clause governing "any dispute", incorporating the LCIA rules, and designating London as the seat of any arbitration.

A dispute arose. Contrary to the arbitration clause HVB issued proceedings in Equatorial Guinea's Court of First Instance in November 2020. UAU challenged the court's jurisdiction. Following an administrative failing by the court (which resulted in the dismissal of UAU's appeal to the Provincial Court on the jurisdiction point), UAU found itself appealing to the Supreme Court of Equatorial Guinea on 18 March 2021. Meanwhile the Court of First Instance had further ordered UAU to make an interim payment of nearly $8.5m to a third party.

UAU's appeal to the Supreme Court was still outstanding when it applied to the English High Court for an anti-suit injunction in April 2021.

When will the English courts will intervene? A question of comity

Based on principles of courtesy and respect (as opposed to any legal requirement) English courts are reluctant to interfere with the processes, decisions, and jurisdiction of foreign courts. This general concept is known as 'comity'.

However, there are well-established principles under English law as to when a court might grant an anti-suit injunction to enforce an exclusive London arbitration agreement:

The English court granted injunctions (i) preventing HVB from taking further steps in the Equatorial Guinea proceedings and (ii) compelling HVB to discontinue them.

The following factors were in UAU's favour:

The English courts are willing to protect parties who have agreed to arbitrate disputes within their jurisdiction, regardless of how far any foreign proceedings might have proceeded; such injunctions might be sought during the course of a trial or even after a foreign judgment has been given.

For any party faced with proceedings issued in breach of an agreement to arbitrate in England, the take-aways from this case are clear: make sure the dispute and its subject matter are subject to a London-seat arbitration; it is reasonable and permissible to appear before a foreign court to challenge its jurisdiction as long as you do not submit to its jurisdiction by engaging with it on the merits of the dispute itself; and, ultimately, delay in applying for an anti-suit injunction is not fatal if the steps you have taken are reasonable, are designed to save time and costs, and have been informed by legal advice. 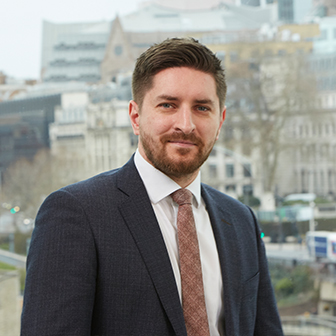