The Supreme Court decision in Morris-Garner v One Step Support Ltd(1) is now the leading case on Wrotham Park(2) or – as the court preferred to call them – negotiating damages.

It has emphasised the compensatory basis of contractual damages and restricted negotiating damages to cases where the obligation breached by the defendant protected an asset with economic value. While the decision offers welcome clarity, it leaves some important questions unanswered.

In 1999 the first defendant, Karen Morris-Garner, established a business to provide support for young people leaving care in West London and the Thames Valley region. The business was subsequently incorporated into the claimant company, One Step, of which the first defendant and Ms Costelloe were directors and each 50% shareholders. A shareholders' agreement allowed each director to require the other to sell their shares in the event of deadlock.

Ms Costelloe served a deadlock notice on the first defendant pursuant to the shareholders' agreement and the first defendant opted to sell her shares in One Step to a vehicle owned by Mr Costelloe for £3.15 million. The second defendant also terminated her employment with One Step. As part of these arrangements, the defendants agreed to be bound for three years to covenants:

During the three-year period, Positive Living traded in competition with One Step, which suffered a significant downturn in business. In 2010 the defendants sold their shares in Positive Living for £12.8 million. One Step brought a claim for breach of the covenants and claimed damages. The expert evidence adduced at trial indicated that:

At first instance, the judge held that the non-compete and non-solicitation covenants had been breached, and that One Step could decide whether it should be awarded either:

Unsurprisingly, given the expert evidence adduced at trial, One Step chose negotiating damages.

The Court of Appeal held that negotiating damages could be awarded where such damages were a just response to the particular case, and upheld the award in Morris-Garner because:

The Supreme Court held that the lower courts had been wrong to award negotiating damages and had no discretion to do so. Instead, it ordered that damages be assessed on the basis of the actual financial loss suffered by One Step as result of competition from Positive Living.

The court did not consider that the factors identified by the Court of Appeal were relevant.

While the breaches of contract were deliberate, the aim of damages for breach of contract is usually to compensate the claimant, not to punish the defendant. The court accepted that One Step's losses were difficult to quantify, but the expert evidence demonstrated that it was possible. Indeed, it commented that working out negotiation damages was itself a "difficult and uncertain exercise".(3) Finally, although One Step had an interest in restricting Positive Living's business, its interest had no economic value unless the non-compete obligation was breached and this caused One Step loss.

Basis for award of negotiating damages

The court held that negotiating damages were available in cases where:

Wrotham Park fell into the first category. The defendant developers had built houses on land in breach of a restrictive covenant and the court refused an injunction to demolish the occupied houses. The claimant had not otherwise suffered any loss, as the value of its estate was not diminished by the development. Nonetheless, the court used its power to award damages in lieu of an injunction to award "a sum of money as might reasonably have been demanded by the plaintiffs from [the developers] as quid pro quo for relaxing the covenant".(4)

In the court's view, the award in Wrotham Park reflected the fact that the claimant's restrictive covenant was an asset with economic value and the claimant should be compensated for its misuse. The court cast doubt on the interpretation of Wrotham Park adopted in Attorney General v Blake, which characterised the damages awarded in that case as restitutionary. The court was clear that the award of damages in Wrotham Park had been compensatory and that Blake could not be used as authority for awarding negotiating damages either when this appeared to be the just response or to partially disgorge the profits earned by a defendant from its breach.

In Morris-Garner the court also found that negotiating damages may be awarded in a second category of cases where the breach of contract "results in the loss of a valuable asset created or protected by the right which was infringed", because in these cases the defendant "has taken something for nothing, for which the claimant was entitled to require payment".(5) The court gave examples of IP agreements and confidentiality agreements as giving rise to obligations which, if breached, would warrant negotiating damages.(6)

In these instances, the claimant's loss could be measured by determining the economic value of the asset (eg, confidential information) which the contractual obligation was intended to protect. The assets being protected were either property rights or analogous thereto. For example, if confidential information was divulged in breach of contract, the court reasoned that negotiating damages were a tool to determine the value of that information and measure the claimant's loss (without consideration of the other financial losses which may be caused by the information's dissemination).

In contrast, the non-compete and non-solicitation covenants in Morris-Garner were not protecting an asset to which a value could be attached; the only losses that One Step would suffer if they were breached were the actual losses flowing from the increased competition caused by Positive Living. If the parties had in fact been negotiating a release of the obligation before the breach and had obtained valuation evidence for these purposes, this evidence could be used to support or undermine subsequent quantification of the losses claimed – but it would be for the judge to determine its relevance and weight.

Morris-Garner is now the leading case on negotiating damages and has clarified the basis on which such an award of damages may be made. However, it leaves some important questions unanswered.

The categories of case it lists for which negotiating damages can be awarded (eg, breaches of confidentiality agreements) are not exclusive. There will undoubtedly be debate over when a contractual right protects an asset which is sufficiently proprietary to justify the award of negotiating damages for its infringement.

Finally, the court left open the date on which the price determined by the hypothetical negotiation should be calculated. The majority expressed the view (without deciding the point) that the price should be determined at the date of the breach, with the caveat that where damages were being awarded in lieu of an injunction, the hypothetical negotiation should include information which is available up to the date of the judge's decision. 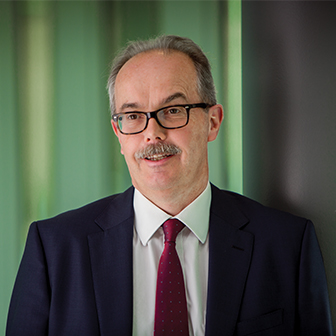 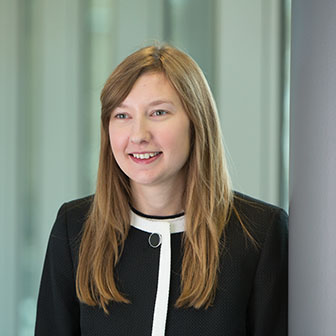