The Commercial Court assesses the power and limitations of "Chabra" jurisdiction

The Commercial Court has recently considered[1] that it did not have jurisdiction to grant a freezing order to assist in the enforcement of an arbitration award against subsidiaries of the first defendant, which were incorporated outside the jurisdiction and had no assets or other presence in England.

An English arbitration tribunal had granted an award in favour of the Claimant ("Cruz") against the First Defendant ("Unitech"), for c. US$350m. Cruz obtained permission to join Unitech's subsidiaries to the proceedings and to serve an amended claim form under the so called "Chabra" jurisdiction, established in TSB Private Bank International SA v Chabra[2]. The subsidiaries applied for the order for service outside the jurisdiction to be set aside, which was successful on the basis that "Chabra" jurisdiction could not be found where the substantive claim was not before the court because it had already been determined in arbitration. Chabra jurisdiction will therefore provide no assistance when that dispute has been determined in the course of arbitration. For the full article please click here. 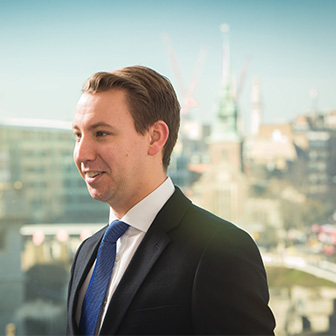