In Bahia v Sidhu(1), the High Court considered the difficulties that arose when a witness provided written statements in English but in practice spoke a mix of two languages (English and Punjabi), and gave evidence through an interpreter.

By October 2016 Notices of Dissolution had been served in respect of both partnerships. Mr Sidhu passed away in November 2018 and Mr Bahia commenced proceedings against the representatives of Mr Sidhu's estate.  In November 2019 the High Court gave summary judgment on the issue of existence and dissolution of the partnerships, ordering that both had been dissolved and should be wound up and that any necessary inquiries should be determined at a hearing.  It was later ordered in July 2020 that a trial would be held on 17 inquiries arising in the dispute.

The Court heard from a total of 10 witnesses, including Mr Bahia.  The Court's consideration of Mr Bahia's witness evidence in the context of his cross-examination is particularly noteworthy for practitioners who have witnesses who speak multiple languages.

The Witness Evidence of Mr Bahia

Mr Bahia relied on two witness statements during the hearing, which were written in English and prepared by Mr Bahia's solicitors.  Both statements acknowledged that English was not Mr Bahia's first language and that his usual way of communicating was to use both English and Punjabi.  The statements also noted that certain words and phrases used in the case had been explained to Mr Bahia by his solicitors.

During the course of Mr Bahia's oral evidence, it came to light that a Punjabi translation of his second witness statement had been prepared after the of signing the English version, but that it had not been signed or filed at court.

Mr Bahia acknowledged under cross-examination that there were "many" words in the English version of his witness statement that he did not understand.  Mr Bahia also requested to take breaks to remind himself of his statement, admitting that he sought assistance from his son on the translation of certain words during his cross-examination.  An interpreter was also required for the entirety of Mr Bahia's evidence, and Mr Bahia often switched between Punjabi and English.

In response to these concerns, Mr Bahia's counsel argued that the recent proliferation of witness statement guidance and rules had become a "legal minefield" and that it was "particularly hazardous" in a case such as this where the witness spoke two languages.

Mr Bahia's counsel referred to para 18.1 of CPR Practice Direction 32, which states that "the witness statement must, if practicable, be in the intended witness's own words".  It was argued that it was not practicable to do anything other than prepare Mr Bahia's statements in English in words that were not necessarily his own, as Mr Bahia communicates in two different languages.  Counsel also referred to certain sections of the 'Equal Treatment Bench Book' issued to Judges, including:

i. "… people for whom English is not a first language may not always fully understand what they are being asked.  It is one thing to know the basics of a language … it is quite another matter having to appear in court, understand questions and give evidence … " (§109)

ii. "some people also 'code switch' as they talk, switching unconsciously between languages as they search for the most natural way to express themselves …" (§113)

The Equal Treatment Bench Book also warns Judges of the need to be alert to different language needs, and not to assume that just because a witness has lived in the UK for many years they do not require an interpreter.

The Judge acknowledged that the witness statements were overly "lawyered" and that the second statement in particular did not depict clearly Mr Bahia's recall of key events.  On balance however, the Judge found that Mr Bahia's solicitors were faced with a "difficult decision" over which language to use, and that their decision to do so in English was not open to criticism. The Judge considered Mr Bahia to be an honest witness, who was hampered by his language difficulties and poor recollection. The Court ultimately found that there had been no serious breach of the relevant Practice Directions, noting that they could be clearer as to the approach to be adopted in these situations.

The Court acknowledged these difficulties and indicated the need for clarity in the Practice Directions to address the particular issues arising in these situations.  This case therefore highlights the difficulties faced by solicitors where English is not the first language of a witness, both in terms of the preparation of witness statements, and in preparation for cross-examination.

Solicitors must carefully consider the most appropriate language for witness statements, with reference to Practice Directions 32 and 57AC in mind and what the most "practicable" language is based on the witness' language capabilities.  Similarly, very careful preparation for cross-examination should be undertaken, including deciding in consultation with the witness whether an interpreter is required. 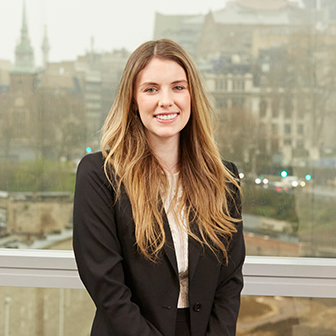