In a recent interim decision in the re-trial of Ras Al Khaimah Investment Authority v Azima [2022] EWHC 1295 (Ch), the Court has made a rare order for Model E Disclosure under PD 51U. The Model was applied to one issue only, which the Judge considered a "core critical issue" in dispute.

This interim decision (which related to both disclosure and security for costs) was made in the context of a re-trial of the Defendant's (Mr Azima's) counterclaim against the Claimant (RAKIA) and the Additional Defendants (Defendants) for alleged unlawful hacking of his confidential data and the consequential losses arising thereof.

The key Issue that could not be agreed was Issue 3(a) of the LOID. The parties could not agree whether the following underlined wording should be included:

"“From 1 December 2014 until 30 September 2016 what steps, which were or might reasonably be construed as being unlawful, were taken by or on behalf of [RAKIA and the Defendants] to obtain information about or belonging to Mr Azima. What information was thereby obtained, to whom was it provided, and for what purpose was it provided?”"

Mr Azima argued that the underlined words should be excluded from the Issue for Disclosure as their effect was to limit the searches required of the parties in a claim where a covert conspiracy was alleged. In response, RAKIA argued that any lawful steps could not possibly be considered a "key issue" given that the claim related to an alleged unlawful conspiracy.

Mr Azima also sought Model E Disclosure on this issue. RAKIA and the Defendants sought the inclusion of the above words and Model D Disclosure.

Wording of the Issue for Disclosure

In assessing the wording to include, the Judge helpfully summarised the relevant legal principles as to how Issues for Disclosure should be formulated pursuant to paragraph 7.3 of PD51U. He emphasised that the meaning of "Issues for Disclosure" for the LOID means "only those key issues in dispute, which the parties consider will need to be determined by the court with some reference to contemporaneous documents in order for there to be a fair resolution of the proceedings. It does not extend to every issue which is disputed in the statements of case by denial or non-admission."

The Judge also outlined the key points from the recent authorities on this issue. In McParland & Partners v Whitehead1,  Sir Geoffrey Vos found that issues for disclosure are very different from issues for trial. They consist of the issues to which undisclosed documents in the hands of another party are likely to be relevant and important for the fair resolution of the claim. The LOID should therefore only extend to those issues that require extended disclosure of documents (that is, further disclosure beyond what has been provided on initial disclosure). It should not be a mechanical exercise of going through the pleadings to identify issues that will arise at trial for determination. Further, following the decision in Curtiss v Zurich Insurance PLC2, even where a matter in dispute is a central issue to the case, this in itself does not suffice to make it a proper Issue for Disclosure. Instead, it must be an issue that must be determined for the fair resolution of the proceedings.

Given that Issue 3(a) was a central issue in the case, the Judge determined that the Defendants' proposed additional wording could potentially be used to avoid disclosing documents that Mr Azima would be entitled to see, and thus went too far. The additional underlined wording was therefore excluded from the LOID.

The Judge also provided a helpful summary of the position on Extended Disclosure Models as set out in PD51U. Where a party seeks search-based disclosure in respect of an Issue for Disclosure (i.e. Extended Disclosure Models C, D and/or E) the party requesting Extended Disclosure has the burden to show that the model being sought is "appropriate, reasonable and proportionate" (paragraph 6.5 of PD51U). The key difference between Model D and Model E disclosure is that, whilst both models require a party to disclose both helpful and adverse documents to their case, Model E also includes "train of inquiry" documents (i.e. documents that may lead to a train of inquiry which may then result in the identification of other documents for disclosure). PD51U specifies that Model E disclosure is only to be ordered in an "exceptional case".

With regard to the exceptional nature of Model E, the Judge noted that in recent cases it was held not to be sufficient for a party to justify seeking Model E Disclosure on the basis that a case is high value, important to the Claimant or involves allegations of fraud3. Further, In State of Qatar v Banque Havilland SA4, the Court initially refused to order Model E Disclosure in a case involving a conspiracy but revisited this once further evidence had come to light about the respondents' approach to disclosure (which involved withholding a recording of a telephone conversation and other documents being otherwise unavailable through loss or destruction, as well as the unlikelihood of there being a "smoking gun" in a covert conspiracy case). However, even then, the Court only ordered Model E in relation to one particular issue.

Mr Azima sought Model E Disclosure for certain issues as he said the circumstances of the case put him at a disadvantage in terms of having available contemporaneous documents from which to test the evidence. In making this argument, he asked the Court to take into consideration (1) the claimant's previous alleged failures in relation to disclosure, including a substantial loss of documents (by destruction, use of encrypted messages, loss, and a failure to have disclosed documents in the first trial that were now relied upon), and (2) the nature of the alleged wrongdoing, which comprised an alleged clandestine conspiracy to hack his confidential data.

The Judge held that, whilst in practice there may be little difference between Model D and E disclosure on Issue 3(a), where there has potentially been a cover-up of wrongdoing, there needs to be a mechanism to explore whether this is indeed the case and, if so, how it worked. Model E provided this. In the light of the critical nature of this issue in the case, and the circumstances surrounding it, the Judge found that the case was sufficiently exceptional to justify an order for Model E Disclosure for this issue.

The Judge did not, however, find that it was justified to make an order for Model E Disclosure in respect of any other Issue for Disclosure in the LOID.

This case provides a helpful example of the analysis that a Court will undertake before making an order for Model E Disclosure and the high threshold that must be met before such an order is made. It is worth noting that the court only ordered Model E disclosure in relation to one specific issue, which was described by the Judge as a "core critical issue". As such, it remains an exceptional Model to adopt and this decision does not appear to indicate that Model E Disclosure will become more commonplace in future. 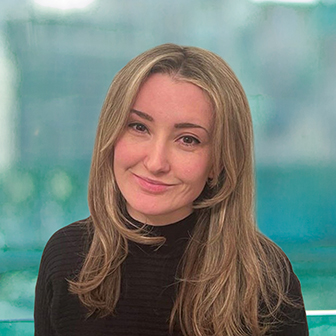