A joint statement made by The Royal Institution of Chartered Surveyors ('RICS') and six major lenders has clarified the position of the lender and valuation industries with regard to fire safety remedial works and mortgage lending.

The External Wall System Fire Review, better known as the EWS1 form, is a survey introduced by RICS in 2019 as a way for mortgage lenders to receive assurances that the external wall system and attachments of blocks of flats have been adequately assessed with regard to fire safety.  The form is not mandatory, however it is recommended for blocks of flats of 18m or more in height.

Data published by the Government on 10 January 2022 shows that lenders requested the use of the EWS1 form for just 8% of the mortgage valuations carried out on flats in the UK between July and September 2021,  and a Government statement of the same date encourages lenders to continue to avoid using the survey with low and medium rise blocks of flats unless necessary. Where such a survey is deemed necessary by lenders, an indemnity scheme is set to be introduced by the Government that should allow building assessors to exercise their professional judgement with greater confidence as part of a plan to "restore common sense to the market".

Prior to the January statement, only blocks of flats taller than 18m were set to have their fire safety remedial works paid for by the Government.  However, the statement makes clear that, for blocks of flats between 11m and 18m in height, the cost of such remedial works will need to come from developers, rather than from leaseholders as was previously believed. This has led RICS and six major lenders to release a joint statement, on 31 March 2022, aiming to clarify the lender and valuation industries' position concerning fire safety remediation costs.

The joint statement clarifies that, where the EWS1 form (or equivalent assessment) demonstrates that there is no requirement for remedial works to be carried out, lenders will continue to lend. This would be if the result of the assessment was an A1, A2 or B1 rating. Where an A3 or B2 rating is given, showing that the assessor recommends that remedial works be conducted, lenders will only facilitate lending "where a costed and funded remediation plan is agreed with committed dates for starting and finishing all specified/required work". The statement goes on to say that the lenders, alongside the Government, will look to the Building Societies Association (BSA) and RICS to create a framework that allows for verification of these requirements.

Currently, the lenders in support of the statement are Barclays Bank, HSBC, Lloyds Banking Group, Nationwide Building Society, NatWest and Santander, however UK Finance and the BSA are hoping to involve more lenders "in the coming weeks".

You can find a copy of the RICS statement here. 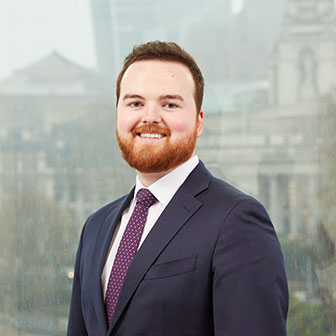