Enka Insaat Ve Sanayi AS v OOO Insurance Company Chubb [2020] UKSC 38 concerned Enka's appointment as subcontractor for the construction of a power plant in Russia, and a subrogated recovery claim against Enka following a fire at the plant in 2016.  The question was, essentially, whether proceedings ought properly be brought in Russia or England.

Enka's contract provided for disputes to be referred to International Chamber of Commerce (ICC) arbitration in London, and that Russian law was to govern specific provisions of the contract.  However, the contract had no express governing law provision.  The Court therefore had to consider how the governing law of an arbitration agreement is determined when the law applicable to the contract containing it differs from the law of the 'seat' of the arbitration.

The ICC has released its draft Arbitration Rules 2021, which will come into force on 1 January 2021. Key changes include: amendments allowing consolidation / joinder of parties after the confirmation or appointment of a tribunal in certain circumstances; provision for virtual hearings and a shift away from paper filings; tribunals may limit changes to party representation causing conflicts of interest; third-party funding agreements must now be disclosed; and ICC Court discretion in exceptional circumstances to deviate from party agreement and appoint the entire tribunal to avoid unequal treatment.

In addition to the long-awaited move away from paper filings, the new provision requiring the disclosure of third-party funding agreements is of particular interest as it is narrower than the more expansive language used under the Hong Kong International Arbitration Centre (HKIAC) Rules and arguably does not extend to certain arrangements such as insurance.

Research by Knight Frank has revealed that in the first half of 2020, £23.5bn was spent globally on data centres, having increased from £1.56bn spent in the same period in 2019.  Demand is said to have accelerated as a result of national and local lockdowns, which have led to an unprecedented upturn in demand for digital services.  In March, for example, Microsoft recorded a 775% spike in demand for its public cloud offering in Italy.

Knight Frank predict demand will increase, with the top-tier markets for data centres being London, Frankfurt, Amsterdam and Dublin.  As if to demonstrate this point, the publication of the report coincides with Ark Data Centres having bought Renault's Park Royal site – a 92,000 sq ft showroom – to create a new data centre in London powered by renewable electricity.

Frameworks provider LHC is seeking contractors for a mega framework covering public building works of varying sizes estimated to be worth up to £1.6bn over four years: a £750m framework in England, a £750m framework in Scotland, and a £100m framework in Wales.  The frameworks will be divided into six lots with various specified project scopes and value bands, ranging from up to £2m for extensions, new-builds and refurbishments, to £25m plus for larger projects and infrastructure works.

Preferred firms include big names like Kier, Galliford Try, Morgan Sindall, Vinci, and Willmott Dixon, as well as regional firms such as Esh, Speller Metcalfe and Robertson.  Contractors can submit tenders or requests to participate until 27 November through the tendering portal.  While all public building works are covered, the framework has previously delivered mainly schools and health projects.

Further information can be found here and here.

Since the case of Galliford Try Building Ltd v Estura Ltd, in 2015, there have been attempts to seek a stay of an adjudication award on the grounds of manifest injustice to the paying party.  Very few have been successful due to the court's reluctance to frustrate the cashflow to contractors prioritised by the adjudication process.  However, due to unusual factual circumstances, including the "smash and grab" nature of the adjudication, a stay of enforcement of the £1.15 million decision was granted.

Due to the family relationships between the individuals involved, their informal dealings and the unusual structure of the contractual arrangements, there were significant contractual issues to be determined.  JRT arranged financing via a HCA funded loan which was paid directly to it, and paid overheads for TWD.  JRT was to be paid if TWD had the means to pay after sale of the properties and repayment of the HCA loan.  No payment demands were issued before the contract was terminated, and a pay less notice was not issued either.  Following the adjudication, proceedings were issued in respect of these contractual issues.  The stay was sought until proceedings regarding contractual disputes had been resolved.

JRT was unlikely to be able to repay any sums paid to it, should the adjudication be reversed either partially or in full.  Mr and Mrs Dixon of TDW are elderly and had no previous construction experience, relying on the expertise of their nephew who owned and controlled JRT.  The parties had agreed that JRT would only be paid once TWD was in a position to do so either by selling the properties or obtaining further funding from the HCA.  It was not in a position to do so and if forced to pay would go into liquidation, preventing it from pursuing the ongoing claim.  This would be manifestly unjust and therefore the stay was granted.

Following a market engagement event in July, Surrey County Council has pursued a new contracting approach, which has more than tripled the potential value from £800 million to £2.5 billion.  The contract, which is scheduled to start in April 2022 on the expiry of the previous contract, is intended to run for an initial 10 years, with provision for extension for a further 11 years.

In addition to taking over the day to day maintenance contract, the Council hopes that the successful contractor will also assist with design and/or delivery of major schemes and provide design input and implement innovations connected to the operation of the highways network.  It is expected that four firms will make the shortlist following a competitive bidding and negotiation approach, allowing the Council to more closely interact with potential contractors, particularly in relation to exploring different options.  This marks a shift towards a more integrated, partnership style approach as a foundation for driving further development and innovation. 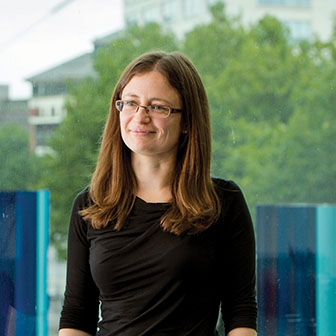