The Financial Conduct Authority's (FCA's) thematic review of principal firms and their appointed representatives (ARs) has identified significant shortcomings in their control and oversight. In this initial blog, we summarise the FCA's findings, and provide recommendations to assist principals with the supervision of their ARs.

Of a sample of 15 principal firms, the FCA found that:

As a result of these findings, the FCA has taken early intervention action with five of the sample principals to protect the interests of customers, including imposing requirements to stop these firms taking on new ARs, asking two firms to cease or limit the sales activities of existing ARs and commissioning two section 166 skilled person reviews.

The FCA's report reiterates a principal's regulatory obligations and sets out the FCA's expectations before a principal takes on an AR and throughout the course of an AR's appointment. These expectations include carrying out appropriate due diligence on the financial position of the AR and the principal's own resources prior to the appointment, and having robust systems and controls in place to oversee all elements of the AR's activities (including their sales practices and post-sale services). Acting as a principal is a considerable burden in terms of time and costs as the principal is responsible for the AR's activities and for compliance with the FCA Handbook (SUP 12.3.1 and 12.3.2G).

By way of background, SUP 12.2.2 G requires that an AR and principal must enter into a written contract to govern the appointment, and SUP 12.5 sets out the required contract terms. The FCA's review highlights the need for such contractual arrangements to accurately capture the nature and extent of the relationship between the principal and the AR. This includes provisions which clearly set out the full range of regulated activities that the AR is permitted to carry out, and those prohibited, or there may be a risk that an AR is carrying out unauthorised regulated activities. Additionally, the provisions should assist the principal in its supervision of the AR's activities. Principals should consider including audit provisions in their contractual arrangements with ARs entitling the principal to inspect and audit an AR's activities upon reasonable notice.

The FCA report follows on from the Prudential Regulation Authority's approach to insurance supervision paper released in March 2016, illustrating a continual trend by the regulators to ensure that insurers are engaging with their supervisory functions.

The FCA anticipates that this will remain an area of supervisory focus, and will be sending out a 'Dear CEO letter' to the chief executive officers of principal firms with ARs setting out its expectations.

Although the review was focused on the general insurance sector, the findings may also be applicable to principals and ARs operating in other sectors of the UK financial services industry. 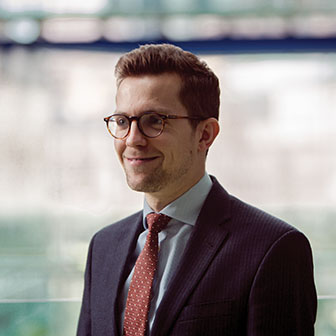