The Insurance Distribution Directive (IDD) is set to become part of UK law well before the UK leaves the EU. But with industry consultation ongoing (and more to come before the new rules can be finalised), its impact is not yet clear.

The February 2018 deadline for implementing the IDD in the UK and across Europe is fast approaching. Broader in scope than its predecessor – the Insurance Mediation Directive (IMD) – the IDD introduces requirements in a number of new areas and has consumer protection at its core.

Despite Brexit, the UK’s Financial Conduct Authority (FCA) is pressing ahead with its IDD plans, so the rules will be in place as the UK leaves the EU in less than two years’ time. The FCA is not proposing to change existing UK provisions, which gold-plate the IDD’s requirements, and more stringent provisions are proposed in some areas, so the FCA’s implementation of the IDD might be seen as a further tool in the context of the wider regulatory agenda, focused on conduct and accountability.

For businesses across Europe preparing for the IDD, a level of uncertainty remains. The FCA’s first IDD consultation is under way (with responses due by June 5), but the European Commission’s IDD work with the European Insurance and Occupational Pensions Authority (Eiopa) is ongoing and a number of significant areas (such as the FCA’s approach to the directive’s standardised insurance product information document, product oversight and governance and the conduct of business requirements for life business) remain to be covered by the FCA’s second IDD consultation later this year.

At the same time, HM Treasury is consulting on the IDD implementation and the definition of “advice” in the Regulated Activities Order 2001 and the results of these initiatives may also have an impact on the FCA rules.

As the requirements of the IMD were gold-plated in a number of areas by the then-Financial Services Authority in 2005, the impact of the IDD should not be as extensive in the UK as in some other EU jurisdictions. But there are still significant points to consider and areas firms should focus in the run up to 2018, some of which are highlighted below.

Customer’s best interests rule: the IDD requires all insurance distributors to act “honestly, fairly and professionally in the best interests of their customers” and a new rule reflecting this is proposed to be added to ICOBS. This is consistent with the FCA’s treating customers fairly approach and the continuing focus on conduct. For an insurance broker, who already owes duties to the insured customer, it should be relatively easy to apply, but it is less clear at present how this requirement will apply practically to intermediaries that owe their primary duties to the insurer, such as managing general agents (MGAs).

Remuneration requirements: the IDD requires insurance intermediaries to disclose the nature and basis of the remuneration they receive in relation to the insurance contract, whether that is a fee, commission, any other type of remuneration or any combination of these. Under the FCA’s proposals, remuneration which is not guaranteed or which is contingent on meeting targets is expressly included within the rules. This would appear to include profit commission payable to an MGA or other intermediary sharing with the insurer in the profitability of the underlying business, such as distribution partner in a profit-sharing bancassurance or other affinity distribution arrangement. Insurers must disclose the “nature” of the remuneration paid to their employees, an element which may require some thought and, potentially, the reworking of processes, communications and scripts. The IDD requires insurance distributors are not remunerated, and their employees are not remunerated or assessed, in any way that conflicts with the duty to act in the customer’s best interests. This is aimed particularly at arrangements that could act as an incentive to recommend a particular product when another product which would better meet the customer’s needs could be offered.

Demands and needs: with the aim of avoiding cases of mis-selling, the IDD provides insurance distributors must specify, on the basis of information obtained from the customer, the demands and the needs of that customer, adding:

“Any contract proposed shall be consistent with the customer’s insurance demands and needs.” The FCA recognises for non-advised sales, firms are not expected to carry out a detailed investigation of the customer’s circumstances but highlights the need to identify demands and needs early on in the sales process and to “take this into account when designing their customer journeys”.

For advised sales, a new requirement to provide a personalised explanation of why the proposed product best meets the customer’s demands and needs will apply.

Pre-contract disclosure: although the FCA’s second consultation on IDD later this year will cover IPIDs, this area merits some attention now, not least from those involved in commercial business, as the FCA has asked for views on the provision of IPIDs or other forms of pre-contract disclosure to commercial customers. Given the broad range of product types available in the commercial market, with varying degrees of complexity and, potentially, customer groupings with different information needs, the standardised approach for retail customers may not be appropriate in the commercial context.

Passporting: the IDD brings in some potentially helpful changes to the passporting regime, including a publicly available “single information point” for accessing to each member state’s registers of intermediaries and a requirement member states publish their “general good” rules applicable to insurance and reinsurance distribution. While these aspects of the IDD are likely be implemented in the UK ahead of Brexit, their application may be short-lived as, more fundamentally, the continued availability of passporting rights for insurance intermediaries will fall away when the UK leaves the EU, unless alternative arrangements or transitional provisions are agreed.

Given the flight path towards a “hard” Brexit and the lack of any certainty as to the existence or shape of any transitional provisions, many UK and EU insurance intermediaries are looking at their businesses and structures and, where necessary, drawing up and implementing contingency plans. For UK intermediaries with EU business, these may include setting up or acquiring a regulated subsidiary in the EU and using that subsidiary to passport elsewhere in the EU post-Brexit and, similarly, EU intermediaries with UK business will be looking at ways to ensure business as usual post-Brexit.

With significant regulatory change on the horizon, not least with the FCA’s new rules and other changes taking effect to implement the IDD from February 23, 2018, businesses involved in insurance distribution at all levels should be reviewing their business models and structures and planning for change now, even as new rules evolve and the consequences of Brexit continue to unfold.

This article was first published by Insurance Day on 18 May, 2017 . 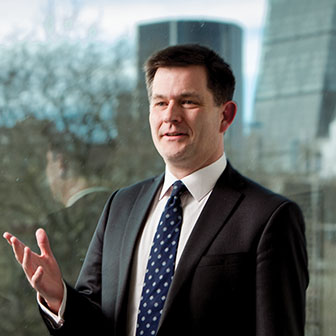