RPC hosts seminar on 'Data Privacy and the Media'

On 28 January 2016, RPC hosted a 'Question Time' style panel discussion for a range of media lawyers on data protection and its particular relevance to the media industry and media companies.

The panel were asked whether, in future, those who claim their privacy has been infringed by the media would be likely to focus their claims on a breach of their data protection rights as opposed to a claim in misuse of private information ('MPI').  A comparison was drawn between the pleadings in Weller v Associated Newspapers Limited and the recent claim filed against the same newspaper by Ashton Kutcher, Mila Kunis and their daughter.  The former was run as a MPI / Article 8 claim with a data protection claim parasitic to the privacy claim.  The latter, however, is pleaded predominantly as a data protection claim with a misuse of private information claim bolted on.  This represents the recent trend, particularly in light of the decision in Vidal-Hall v Google, of privacy claims being re-drafted as breaches of data protection rights.

A perceived attraction to claimants of a data protection claim over a MPI claim is that the cause of action does not require any privacy or for Article 8 to be engaged – the DPA only requires processing of personal data.  Both of the aforementioned claims concerned photographs of children in public places, however the Kutcher claim is brought by both parents as well as the daughter (whereas the Weller claim was only brought on behalf of the children).  Later in the evening the example of someone arrested in a public place was discussed – if an arrest took place in public then a reasonable expectation of privacy would be hard to prove, whereas an action under the DPA might still be available.  Further possible benefits to data protection claims were highlighted such as that they are not concerned with any Article 8 seriousness thresholds and the variety of technical provisions in the DPA means that claimants have lots of options available when trying to establish a breach. Whilst data protection claims were described by one panellist as an easier and more accessible tool for claimants than the more established MPI cause of action at present, people are likely to continue to use both causes of action as they advantage claimants in different ways.

However, data protection claims are faced with the journalistic exemption provided by s32 of the DPA, which exempts the processing of personal data if the data controller believes publication would be in the public interest and that compliance with the DPA provisions would be incompatible with the special purposes of journalism.  Section 32 also provides a procedural obstacle for claimants seeking to get hold of unpublished journalistic material.  Once s32 is invoked, the claim is stayed unless a claimant can persuade the ICO that the material is not being processed solely for journalistic purposes or with a view to publication.

Finally, the panel also drew the audience's attention to Recital 17 of the new General Data Protection Directive which should clear up the issue which was central to the Mosley and Hegglin claims against Google: the provisions of the GDPR will be without prejudice to the safe harbours offered to online intermediaries in the E-Commerce Directive.

Thanks must go to Antony, Catrin, Nicola and Robin for comprising the panel and offering their expert insights.  Thanks also to all those who attended and contributed to the lively and interesting discussion. 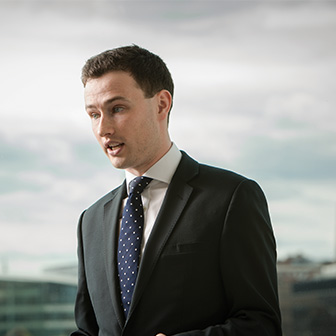