What is "mutuality of obligation" and why does it matter in the world of work?

Any business which needs work to be done for it makes a choice as to how that work is procured and delivered.

In a free market economy, a business and its work providers are welcome to agree the nature of their relationships but this contractual freedom is balanced against a floor of rights which protect the individual. In the UK, the gateway to those individual workplace rights is framed by establishing a person's particular engagement status – whether as worker or employee. And this is why the cases that come before courts and tribunals are brought by unhappy individual work providers who claim they are entitled to more than their businesses have agreed – or indeed intended - to give them. They want holiday or sick pay, increased wages or employment rights. To do this, they seek to establish themselves as a worker or an employee in opposition to the expressed understanding of the business.

Few will have failed to notice the Supreme Court judgment in February this year, when a group of Uber drivers successfully established their legal status as "workers", despite apparent agreement to the contrary. In so doing, they gained access to rights and payments which Uber believed were unavailable to them.

In the case of Nursing and Midwifery Council v Somerville last month, the Employment Appeal Tribunal looked at this issue again, upholding an earlier decision in which a casual, fee-paying arrangement was held to amount to "worker" status.

S was a fee-paid panel member on the NMC’s Fitness to Practice Committee. The NMC was not obliged to offer S work and he was free to withdraw from work that he had accepted.

An earlier employment tribunal held that S was not an "employee" (and thus unable to benefit from a right not to be unfairly dismissed or to statutory sick pay amongst other employment rights). This was because of the lack of any "mutuality of obligation" between the NMC and S i.e. an obligation on it to provide work and on him to accept it. However, S succeeded in his claim of "worker" status instead, giving him the right to paid holidays.

The EAT considered the well-established legal framework for worker status:

The NMC argued that the lack of mutual obligation between it and S meant that he was not a worker. It referred to earlier case law in which this had been suggested as a pre-requisite of worker status (moving away from the orthodox position that mutuality of obligation is a cornerstone of employment but not a pre-requisite of worker status). The EAT rejected this argument. Although it agreed that there is some degree of mutual obligation between the parties to any contract, it was not necessary in this case, and for any case involving workers, for there to be any obligation to offer or accept work.

Here, there was clearly a contract between S and the NMC and it provided for his personal service. Further, the NMC was neither a client nor customer of S. As such, there was nothing wrong with the original tribunal decision that S was a worker and the NMC's appeal failed.

The legal boundaries between self-employment, casual workers and employees are sometimes difficult to define, navigate and negotiate. With the growth of the gig economy and alternative work models and the post-COVID and unstable economic climate, they have never been more relevant. In the NMC case, there was a written contract between the parties but with many other work relationships, there will be nothing in writing at all, or what is written will be inadequate, incomplete or inaccurate. The risk of deemed worker status will arise whenever one party provides work or personal service to another. If worker status is not an outcome which is desired or intended, expert legal advice will be needed to find the right solution for your business environment and to provide clarity and control for both parties. 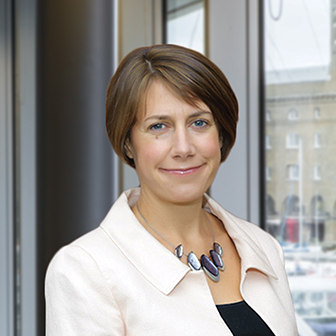