Following an inquiry into the economics of music streaming, in July last year the Department for Digital, Culture, Media & Sport (DCMS) Select Committee identified concerns around whether music creators were getting a fair share of streaming revenues. The Select Committee also raised concerns around whether the world's largest music companies were dominant suppliers to the music streaming market, and recommended that the Government request a competition market study into these activities.

Many were waiting with bated breath to see what the outcome of the Competition and Markets Authority (CMA) report would be.

The CMA has now published its interim report. The report primarily focuses on whether having such small numbers of digital companies within music streaming, and the resulting flow of money in the supply chain, poses any competition law issues for consumers. Based on its findings, the CMA has taken the view that it will not be launching any formal investigation. A parallel study currently being run by the UK's Intellectual Property Office (IPO) may still shed further light on renumeration, transparency and data issues in the music industry.

What are the findings?

The CMA report is filled with statistics offering fresh insights into the size and scale of the music streaming industry, including the following:

The CMA concluded that the recorded music industry is delivering good consumer outcomes on balance, however it will be keeping on close eye on whether innovation is stalled and whether there are any shifting power balances.

The record labels, music publishers and streaming services speak out

The biggest players in the music industry welcomed these findings, citing that accessibility to music and the growth of the music community has given fans more choice than ever. Many executives feel this study is a positive outcome fostering greater collaboration and would help ensure that the "UK music remains world leading."

The Digital Entertainment and Retail Association (which represents retail and wholesale providers of music streaming services), commented that the report vindicated their view that music streaming platforms have been overwhelmingly positive for consumers as well as for the music industry. In their view streaming services have "rescued a sector that had been shrinking rapidly due to piracy and have delivered over £5 billion of new revenue in the UK alone.”

Several music makers and managers however have commented that the report has under-delivered in their eyes, and that the power balance in the broader music sector has been left unchecked. Newer artists, benefitting from the digital wave may have more choice of business partners, however older pre-digital artists may be locked into more restrictive legacy deals. The CEO of the Music Managers Forum and Featured Artists coalition noted that the CMA report does not represent realistic assessments of record label profits and ignores the complex issue raised by artists in the context of weak contractual negotiation positions.

Hipgnosis founder Merck Mercuradis, called the latest developments, "a missed opportunity," that leaves songwriters to continue earning "pitiful returns from streaming," because things are not being shared fairly and equitably.

What can we expect next?

The IPO's work is ongoing, and though its findings may be influenced by the CMA's most recent report, creatives in the music sector could still see some of their concerns addressed. We have also not heard the last from the CMA on this matter, with further consultations and feedback scheduled till 19 August and a final reporting setting out its findings of 26 January 2023.

The CMA is also planning to collect more evidence to understand what the ‘value gap’ might be between what user-uploaded content platforms pay the music industry, and what other streaming services do. It will share that data with the DCMS and the IPO, as well as with the Centre for Data Ethics and Innovation to help inform their work examining whether artists' rights can be strengthened for music streaming.

For now, consumers can stream on.

Interested in reading more? The link to the CMA's market study update entitled "Music and streaming" is available here. 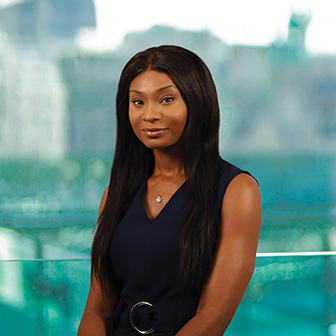