On 13 June 2022, and following an independent review led by Leon co-founder, Henry Dimbleby, the Government published its Food Strategy (Policy Paper here) (the Strategy). The Strategy follows a comprehensive review of the UK's food system and Mr Dimbleby's recommendations for achieving the delivery of "safe, healthy, affordable food; regardless of where (people) live or how much they earn". For more information on Mr Dimbleby's recommendations, see the 2021 Summer Bumper edition of RPC Bites.

Whilst the Strategy reflects various of Mr Dimbleby's recommendations, one notable omission is the proposed tax on salt and sugar. In support of this and in acknowledgment of the ongoing cost of living crisis, Prime Minister Boris Johnson explained "What we don't want to do right now is start whacking new taxes on them that will just push up the cost of food."

However, both the lack of tax, and the Strategy in general, have been heavily criticised by various health and sustainability organisations, with some dubbing it "watered down". As for Mr Dimbley himself, whilst he has reportedly noted that the Strategy represents "some progress", he has also deemed it "not a strategy as such" and has been critical of it failing to satisfactorily address a number of issues, including free school meals and the reduction of meat consumption.

With the Strategy still hot off the press, we will provide updates in subsequent issues of RPC Bites as the debate (inevitably) continues.

The Adult Non-Alcoholic Beverage Association (ANBA), a trade association established in North America for the non-alcoholic drinks industry, has launched in the UK and Europe. ANBA aims to improve trade guidelines and tackle the absence of universal regulations. So far, a number of businesses have signed up as members, including Lucky Saint, Big Drop Brewing, Lyre's and Ish Spirits.

According to ANBA's press release, the global market for non-alcoholic beverages will be worth around $30B (or £24B) by 2025. The CEO of Lyre's, who will chair ANBA's board, commented that with market share growing faster than regulation, ANBA "has an important task to ensure regulatory landscapes remain fair and give consumers confidence in the quality of the products our members offer."

Cuthbert the Caterpillar is back on sale in Aldi's stores following the settlement of the supermarket's dispute with M&S earlier this year.

As reported in Issues 29 and 43 of RPC Bites, the novelty cake sold by Aldi was the subject of controversy last year after M&S issued proceedings against Aldi, arguing that the similarities between Cuthbert and M&S' Colin the Caterpillar amounted to trade mark infringement and passing off. The dispute between M&S and Aldi settled out of court and an M&S spokesperson stated that they were "very pleased with the outcome".

Cuthbert's return to shelves comes with a new design: a reformulated chocolate face and a bowtie. Aldi is heavily marketing Cuthbert's comeback using the hashtag "CuthBack" and, in a nod to his caterpillar cousin, the tagline "Colin all cake fans".

As reported in Issue 47 of RPC Bites, the Government has decided to delay the implementation of HFSS restrictions relating to price promotions, citing the cost of living crisis as the key driver.

Despite the postponement, last month, Tesco announced that it would still be discontinuing its multibuy promotions on HFSS products from October this year, in line with its understanding that consumers want to eat more healthily. This is supported by a recent study, which revealed that 49% of respondents wanted to consume "healthier, vegan and sustainable" products.

Sainsbury's has also released a statement, announcing that it too would stick to its original plan of removing promotions on HFSS products by the Autumn. Sainsbury's has been working to reduce the amount of unhealthy food on its shelves since 2016, and in 2021 around 60% of its offers were on healthier products.

Morrisons is taking a different approach to the HFSS delay and has said that it will keep many multibuy deals available in stores beyond the original October 2022 deadline. The supermarket stated that it has carried out a voluntary reformulation to reduce sugar and salt in many of its own brand products and that many of its promotions already concern healthier foods.

It's not easy being green!

Tesco is the latest retailer to face criticism from the ASA for 'greenwashing'. Tesco released a series of TV, print and social media adverts suggesting that buying its Plant Chef burgers could help customers "make a difference to the planet." After receiving over 170 complaints, the ASA found there was insufficient evidence to support the claims and concluded that the ads were likely to mislead.

The CAP Code requires environmental claims to be based on the advertised product's full life cycle and an ad is likely to be deemed misleading "in the absence of robust evidence to support a claim". In response to the complaints, Tesco stated that it had relied on evidence from university-based experts and the scientific community to reach a conclusion that a plant-based diet was better for the planet, and that this view was capable of being understood by the average consumer. Although the ASA expressed some sympathy for Tesco, it acknowledged that processed plant-based products with ingredients sourced from around the world may still have a negative environmental impact.

Tesco was ordered to ensure that the ads no longer appear in the form complained of and that future ads do not make environmental claims, unless Tesco has sufficient evidence to substantiate them.

Plans to open a new vertical farm in Suffolk

Dutch vertical farming company, OneFarm, has announced plans to open a new vertical farm in Suffolk next year. The farm will cover an area of 6,400m² and will grow around 415 tonnes of food each year, including herb and salad leaves. OneFarm's facility will be entirely indoor, producing fresh food in vertical growth towers which minimise the amount of land and water needed. The produce will mostly be used to supply commercial catering groups and home delivery recipe boxes.

The CEO of OneFarm highlighted the company's consumer ethos and "focus on environmental and economic sustainability" in the food production sector; the company intends to open up to 25 indoor farms over the coming years. OneFarm is not the only vertical farm company planning growth in the UK: both Jones Food Company and Fischer Farms have announced plans to open vertical farms, in Gloucester and Norfolk respectively. 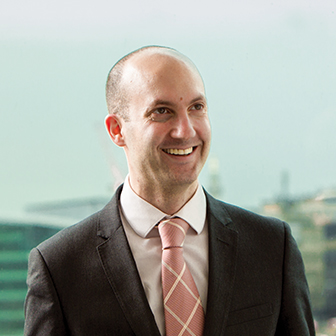