Every country across the world is increasingly taking on more debt and this has only been intensified by the pandemic, resulting in an upsurge in claims. People and companies will seek to recover funds wherever they can.

In April 2021, the Office for National Statistics estimated the public sector net borrowing was £31.7 billion, with Public Sector net debt at £2,171 billion, larger than the size of the economy and the highest since 1963. If we look at public debt as a percentage of the GDP, according to the economist, the UK is at 103.7%, the Netherlands 79.4% and France is 102%.

The full extent of the pandemic on public finances is unknown but these figures show the severe impact it has already had on the global economy.

Here we look at the impact on shareholder and directors and officers (D&O) claims in the with an overview of the key and emerging trends UK, Netherlands and France

In the UK, the main source of D&O claims are claims arising out of insolvencies and regulatory investigations. However, a growing trend in the UK is claims against D&Os/companies driven by shareholders.

Given that the primary duties owed by directors are to the company, one of the main sources of claims against directors is the company. The decision of whether a company should pursue its directors depends on the articles of association and therefore the board is left to decide. This typically means claims against directors are rare: the board will not recommend an action is brought against themselves.
Shareholders cannot sue the directors for breach (subject to some exceptions), because directors' duties are to the company. Only the company can bring that action.  However, if the company performs badly and, in the view of the shareholders, this is due to the directors, they can decide by resolution, followed by a majority vote for the claim to be brought. If successful, the company is awarded the damages and not the shareholders.
Section 206 Companies Act 2006 provides for 'shareholder derivative actions' which are claims by shareholders brought against directors for negligence, breach of duty or breach of trust. A single shareholder can start this action as majority shareholder participation is not a requirement but, the action is brought in the name of the company and any sums recovered are awarded to the company. These actions are not simple to bring and there are difficult hurdles that shareholders must overcome to get them off the ground. These types of claims are therefore relatively rare in the UK.

In the Netherlands, there is an increasing tendency to include D&Os in corporate claims. However, as in the UK, it is not easy to bring these claims or for shareholders to hold a director liable for their individual losses.  The Dutch Supreme Court has emphasised that D&O liability should be the exception.  As they act on behalf of the company, it is the company that should be liable. The directors bind the company and not themselves with their actions. An important point to note is that the Netherlands does not have shareholder derivative actions. It is common belief that shareholders should not have too much power over the directors. The directors are the ones that act on behalf of the company, which is not always necessarily aligned with the interests of the shareholders.

France does see some shareholder claims, however, D&O claims exposures are more commonly  through criminal proceedings and/or regulatory investigations. The point to note about litigation in France is that it is a long (and therefore expensive) process. There are also no discovery proceedings and the disclosure obligations on the parties are limited. There are no jury trials in France and no cross examination at trial. This is usually the reason a lot of shareholders prefer to go to other jurisdictions if they have a claim to bring.

The transparency of information has never been more significant.  Companies are required to make more and more disclosures, including the newly implemented climate related disclosures.  It is now a very real exposure where a company discloses its aims is to promote clean energy and shareholders may scrutinise whether the director has adequately carried out their duties to the company in reaching that aim. Any perceived failings may result in shareholder claims and regulatory scrutiny.

A relatively recent development in the UK can be seen in growing trend of shareholder claims under Section 90A Financial Services Markets Act 2000 (FSMA).  The significance of this can be seen when contrasted with the position under Section 90 FSMA.  A claim made in accordance with Section 90 FSMA is against the company and relates to misleading statements made under the listing rules or in the prospectus. Whilst the claimants will need to show that the misleading statements and/or omissions were material – often by reference to what is "necessary" information to include in the prospectus or listing particulars under section 87A FSMA ("Criteria for Approval of Prospectus") – it is not necessary for the claimants to prove that they relied on the defective document when acquiring the securities . It is also a complete defence if a person can show they reasonably believed the contents were complete and accurate; took reasonable steps to (or did in fact) cause a correction to be made before the investor acquired securities; or that the investor knew the statement complained of was inaccurate or incomplete.

Section 90A FSMA, on the other hand, states an issuer of securities should be liable to pay compensation to a person that has suffered a loss as a result of a misleading statement or dishonest omissions in certain published information relating to securities.  This applies to a much wider spectrum of published information than Section 90. For example, it extends to annual accounts and interim trading updates. RPC's FI/D&O team in London has acted on a number of Section 90A claims for the FI/D&O market and have a unique insight into the key battlegrounds investors must overcome in establishing liability under Section 90A FSMA, in particular the need to establish reasonable reliance on the misleading published information.  Another important difference is the standard of proof. To bring a successful action under Section 90A, the "person discharging managerial responsibility" must have acted dishonestly or recklessly. A much higher burden of proof than the negligence standard under Section 90 FSMA.

One of the main issues that arises from shareholder actions is how the loss is assessed. At present the appropriate measure is likely to be the difference between the true value of the security and the price paid. However, approaches to this type of calculation can vastly differ, from how to calculate the true value to the exact point in time the value should be assessed. In any event, extensive complex financial modelling work with reference to counterfactual studies will likely be needed. This makes bringing these claims very  expensive. There are various claims going through the English Courts and, for the sake of clarity for FI/D&O insurers and their insureds, hopefully they will provide some helpful judicial guidance on how the key liability/quantum issues should be approached when defending such claims.

Most of the Section 90A FSMA claims we have seen have been instigated in parallel to, or following on from, a regulatory/criminal investigation. Furthermore, third party litigation funding in the UK has grown exponentially and the funds are actively pursuing contentious securities claims, particularly following corporate scandals or regulatory enforcement action.  It is a common trend that firms are reluctant to proceed where the regulators will not.

In France, the main risk for D&O insurers currently reside in investigations. The relevant authorities in France, such as the Authorité des marchés financiers (AMF), are extremely active and have investigatory powers mirrored by the police.

In addition, the law has recently changed in France, with shareholders previously unable to bring claims for personal losses. The position used to be that all losses were company losses, even in cases where company monies had been misappropriated. However, the French Supreme Court has now confirmed that shareholders may have personal damages and can bring securities claims in their own name. However, as with Section 90A FSMA in the UK, one of the biggest issues is how loss is assessed. The French Supreme Court considers that you can only claim for the loss of opportunity so, again, evidence based upon counterfactual situations is essential.

Cyber security is a global issue and countries all over the world have seen an increase in ransomware claims and cyber attacks. Whilst initially this may be a big issue for cyber insurers, D&O insurers also have to be alive to claims following on from these attacks. They will no doubt lead to an increasing number of claims by shareholders or others, in respect of the cyber security of the company and the responsibility of the directors to ensure the company’s systems are adequately protected. It can also give rise to regulatory scrutiny, especially if the company's systems, controls and security are called into question.

Another emerging (and potentially major) trend in respect of D&O claims is in respect of Class Actions. Europe's approach to class actions varies between countries and is, perhaps, ten years behind the US. In the UK, there have been attempts to bring US style class actions and insurers will need to be alive to the demand for these actions in the future. We believe it will only be a matter of time before such proceedings are commonplace in the UK system. Much will depend on the outcome and impact of the Lloyd v Google case awaiting judgment from the UK Supreme Court.

In the Netherlands, a new regime in respect of class actions was introduced in 2020, under the Dutch law of Redress of Mass Damages in a Class Action (WAMCA). It is still very early in its inception, but there are fears it will also turn into the US class action system. Only one lead plaintiff is permitted and, a subject can opt out after the appointment of the lead plaintiff or after a settlement has been reached. None of the cases currently in the Netherlands Court system have reached that stage.

This position can be contrasted with the approach in France, which was introduced in 2014 under the Hamon Law.  The legislation is consumer focused with its aim centred on protecting consumers. The result of which is that investors (shareholders) if they are acting as a professional are not permitted to be part of class actions.

Class actions are also limited in France by the fact that there are currently only 16 associations registered with the authority can bring the actions themselves. Some firms of solicitors and shareholders have been actively lobbying for this to change and/or to become a registered association, but this has not happened yet.

The insurability of fines or penalties is also a prevalent issue in France. The French supervisory authority has not yet provided guidance on whether they should be insurable and there is much debate with insurers and insureds on both sides.  It is arguable that fines awarded by AMF should be covered, because those fines are not designed by way of punishment. This is because in that situation, there has been a violation of a regulation, but it can be involuntary or due to vicarious liability. This can be distinguished from cases where there has been an intentional/criminal act and arguably should not be covered.

D&O claims are on the rise across the globe. Heightened risks of insolvencies, the increasing reporting obligations on directors, together with the developing area of shareholder activism will ensure claims continue to increase.  In addition, with investors and companies being ever more concerned with climate change and their carbon footprint, we anticipate seeing this as an area of growth for D&O claims.

We have much more to say on this topic so please feel free to watch our webinar on this issue or, if you have any specific questions, please contact James Wickes 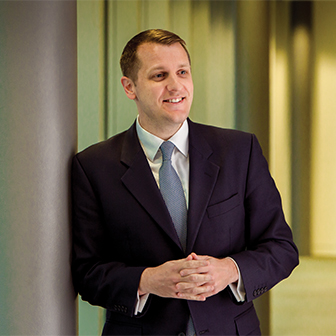