D&O – the irrelevance of the Corporate Insolvency and Governance Act

The Corporate Insolvency and Governance Act ("the Act") came into expedited effect on 26 June 2020 and is intended to maximise the chance of corporate survival and reduce the threat of personal liability on directors during this unprecedented economic crisis.

D&O insurers should be clear about one thing: this Act will not help them and in fact it could well make things worse.

The Act has three main sets of measures to achieve its purpose: (i) to introduce greater flexibility into the insolvency regime, allowing companies breathing space to explore options for rescue whilst supplies are protected, so they can have the maximum chance of survival – this has similarities to the US Chapter 11 procedure; (ii) to temporarily suspend parts of insolvency law to support directors to continue trading through the emergency without the threat of personal liability and to protect companies from aggressive creditor action; and (iii) to provide companies and other bodies with temporary easements on company filing requirements and requirements relating to meetings including annual general meetings (AGMs).

D&O insurers have latched onto the provisions suspending temporarily the wrongful trading sanctions, thinking this must be good news and that it could materially reduce their exposure.  This article explains why that is not the case.

The statutory offence of wrongful trading is contained in sections 214 and 246ZN of the Insolvency Act 1986.    The wrongful trading remedy allows a court to impose unlimited personal liability on a director of an insolvent company who is found to have allowed his or her company to continue trading at a time when they knew, or ought to have concluded, that the company could not avoid insolvent liquidation.

The Act suspends temporarily this regime so that directors of companies which are impacted by the pandemic may make decisions about the future of the company without the threat of becoming liable to personally contribute to the company’s assets if it later goes into liquidation or administration.  This suspension now runs to 30 September 2020, 3 months longer than initially announced.

The intention is to help to prevent businesses, which would be viable but for the impact of the pandemic, from closing

So far so good and what is there not to like?

From a D&O insurance perspective, this temporary suspension of the wrongful trading regime is an irrelevance.  But, there are two important additional points.  First, for some companies the ability to limp on to the end of the year will just make the eventual claims against their directors bigger; and secondly the Act has the unintended consequence that insurers will be underwriting in the dark.

The irrelevance of the wrongful trading regime

The wrongful trading regime was introduced in the Insolvency Act of 1986 but since then there have been few litigated cases.  In the 27 year period up to 30 September 2013, there were just 29 reported wrongful trading cases and out of those only 11 were successful.  In round terms, that's one case per year and one successful case every three years.

Of course, reported cases just tell part of the story – there may be lots of threatened cases that are settled.  But that is not our experience in representing directors and their insurers – whilst not quite as rare as hens' teeth, wrongful trading cases are few and far between relative to other claims against directors.

In suspending the wrongful trading regime, the Act does not affect the other more commonly invoked provisions of the Insolvency Act that impose personal liabilities on directors.  Over the period where there were 29 reported wrongful trading cases, there were over 60 reports of misfeasance cases under s.212; over 80 reports of ‘transactions at an undervalue’ under s.238 and over 50 reports of transactions at a preference contrary to s.239.   As a further comparison, around 1,500 directors of insolvent companies are disqualified annually for ‘unfitness to be concerned in the management of companies’, with several hundred disqualification cases appearing in the law reports since 1986.

But more importantly, claims under the Insolvency Act are a small subset of claims that can be made against directors.  D&O insurers might usefully reflect on the Warren Buffet quote that “it is only when the tide goes out you get to see who was swimming naked” – the insolvency will shine a light on directors' past conduct which may otherwise have gone unnoticed, resulting in claims that would otherwise not have been made and which might be completely unconnected to the current economic crisis.  The temporary suspension of the wrongful trading regime will be completely irrelevant.

Consider the position of a weak company that limps on to the end of October 2020.  By then, the Government's financial help through the furlough or other schemes will have wound down but those companies will have unchanged over-heads, including crippling business rates, will be loaded up with massive debt and for many there will be an insufficient increase in turnover - the economy will likely not have rebounded to any meaningful extent, particularly in certain sectors, and (say it quietly) there may even be a second spike of coronavirus cases.    What will the directors do then?  This all happens at exactly the same time that the suspension of the wrongful trading regime will have ended.  The directors will be in an impossible position.

The Act positively encourages companies to continue to trade but it does not differentiate between those companies well equipped to ride out the storm and those companies who are holed below the water line and will become wrecked.  Those companies will have bigger losses than would have been the case if the they stopped trading at the start of the lockdown.  For those companies, the Act has the unintended consequence of increasing the severity of the claims against those directors.

Underwriting in the dark

But that's not the end of the story.

One of the other temporary measures in the Act is the automatic extension of time for companies to file their audited accounts.  A private company with an accounting reference date of 31 December 2019 would normally have to file its audited accounts by 30 September 2020, but it can now file its accounts up to 31 December 2020.  This will make the underwriting process, particularly for new business, even more difficult.  Underwriters will not have any up to date accounts and the older accounts will now be irrelevant to them.

Of course, underwriters could ask for management accounts or ask a series of bespoke questions to obtain up to date financial information, but that is more easily said than done for the commoditised SME market, which of course is the market that now needs the most careful underwriting.   Even where insurers do ask questions and the insureds provide answers, unless the policy wordings are amended, insurers will have no realistic recourse if they relied on those answers which later turn out to be false.

This lack of information or the inability to rely on the information provided does not increase the likelihood of claims against directors but it makes underwriting and risk selection even more challenging – it's like underwriting in the dark with one arm tied behind your back.

The Act makes some valuable and necessary permanent changes to UK insolvency law.  It also makes some temporary changes intended to allow companies to ride the storm.
But in our view, D&O insurers should view the temporary suspension of the wrongful trading regime as being irrelevant to their exposure and the Act could even inadvertently make the position worse for some companies and their directors, and more difficult for insurers to proactively underwrite their UK book.

This article was first published in Insurance Day. 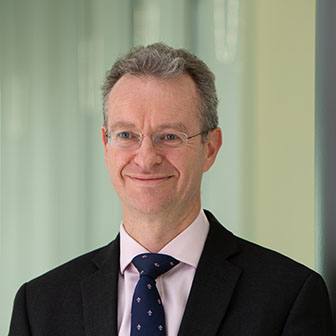 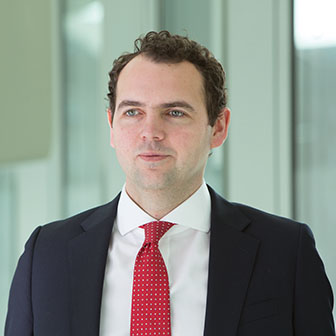