When does an arbitration clause become binding? A reminder from the English High Court in Markel Bermuda Limited v Caesars Entertainment Inc

Parties can agree and become bound by an arbitration clause in advance of the finalisation of the remainder of a contract; a recent case in the English High Court concerning an insurance policy has served as a salient reminder. The judgement also includes a thorough walk through of the law as to when an insurance policy comes into existence (Hint: it is not necessarily when the final policy wording is provided to the Insured and/or its broker).

This case related to (another) business interruption and property damage claim arising out of COVID-19. In this case, Caesars Entertainment Inc (CEI), a large entertainment company in the USA which owns numerous properties such as casinos, hotels and restaurants, is seeking to claim an indemnity from Markel Bermuda Limited (Markel) and other insurers. The claim, brought in the District Court of Clark County, Nevada, relied on the dispute resolution provision contained in the policy wording provided by Markel. Markel asserted that the policy wording was incomplete and that any disputes were, in fact, subject to the 'Bermuda Form' arbitration clause.

The issue before the High Court was whether to grant Markel a permanent anti-suit injunction restraining CEI from continuing the Clark County, Nevada proceedings.

"this insurance shall be governed by and construed in accordance with the law of the state of Nevada and each party agrees to submit to the exclusive jurisdiction of the courts of the USA".

…together with an endorsement which provided, "notwithstanding anything to the contrary in the Policy" any dispute would be determined by London arbitration under the provisions of the Arbitration Act 1996, and that any dispute arising in relation to the policy was governed by New York law – i.e. the 'Bermuda Form' arbitration clause.

The dispute arose in respect of the dispute resolution provision applicable to the Eldorado Policy.

In the case of the Eldorado Policy, the risk was presented on the "Proposed Policy Form" which included a template policy wording which held that the insurance should be governed and construed by the law of Nevada, (the Followed Policy).

On 12 April 2020, Markel sent CEI's broker a formal quote including the following wording:

Markel and the broker then engaged in negotiations related to the premium and a representative from Markel stated in an email dated 30 April 2020:

"I confirm we are willing to reduce our price to $2.5m net. All other terms and conditions as per previously agreed. I look forward to receiving notice of the firm order."

The broker then responded with an email on the same day with the subject line "BIND COVER" and an opening line "Please proceed with binding…" (the 30 April Email).

Markel argued that the Eldorado Policy documentation provided to the broker was incomplete. The broker/underwriter correspondence demonstrated that the risk was underwritten on the basis that the arbitration clause would be included. The quote provided by Markel on 12 April 2020 clearly included an arbitration agreement and adopted New York law as the governing law. These clauses were expected in the Bermuda market and the underwriter had mistakenly failed to include the relevant endorsement when issuing the policy and that the policy ought to be rectified (or reformed under New York law) to reflect the parties' mutual intention.

Markel argued that, consistent with English law principles of contractual construction as to the formation of contracts, the Policy incepted with the order to bind contained in the 30 April Email.

In response, CEI relied on Markel's email attaching the Followed Terms, asserting that the contractual agreement between the parties was as set out in that wording. Consequently, the Nevada law and jurisdiction clause prevailed, and that the policy incepted upon receipt of that wording, not the order to bind.

Further, CEI submitted that if the Judge found that the policy incepted upon the order to bind, this was superseded by the receipt and content of the Followed Terms subsequently provided by Markel. CEI argued that there were strong commercial reasons to infer that where there is an agreed policy wording, but then a subsequent policy follows, it will usually be the intention of the parties that the later policy should supersede the earlier one.
Bryan J was therefore required to determine (1) whether the Bermuda Form arbitration clause was binding on the parties, and (2) when the Eldorado Policy incepted.

The Judgment: When are parties bound by an arbitration provision?

Both parties accepted the well-established position that under English law an arbitration agreement is a "distinct agreement" from the contract with which it is associated (here the contract of insurance), as  articulated by Lord Hoffman in Fiona Trust v Privalov [2007] UKHL 40; [2008] 1 Lloyd's Rep 254. Bryan J was therefore satisfied that, irrespective of when the policy incepted, at the latest the parties had entered into an arbitration agreement upon receipt of the 30 April Email and the order to bind. The parties had set out their agreed terms in their earlier email exchanges and it was on this basis that the order to bind was made. He was content that the final policy documentation did not reflect the parties' agreement and that to the extent necessary, it was appropriate to order reformation (New York law) or rectification (English law) of the policy to incorporate the Bermuda Form clause.

Bryan J helpfully considered the hypothetical scenario where an arbitration agreement could exist separately from an insurance contract. If the broker had responded to Markel's 30 April Offer Email with substantive proposed changes that were not agreed, any subsequent dispute would have to be settled by arbitration as, by that point on any analysis,  the arbitration clause was already binding upon the parties.

He also recognised that the arbitration agreement may well have been entered into earlier than the 30 April Email. For example, when the broker did not question or seek to negotiate Markel's indication (on 12 April 2020) that the policy would be governed by New York law and that all disputes be subject to "London Arbitration".

Bryan J considered the broker/underwriter correspondence in detail to determine when the Eldorado Policy itself incepted.

He was satisfied that a binding contract of insurance was entered into on Markel's receipt of the 30 April Email, determining that the broker's labelling the email "BIND COVER" and including the language "proceed with binding", demonstrated a "clear and unequivocal acceptance" on the part of CEI.

Bryan J disagreed with CEI's "surprising" submission that Markel's later email attaching the Followed Policy was intended to supersede the terms subject to the 30 April Email as:

This was not a case where general terms were provided in a slip which were then expanded on by detailed policy wording which followed.

The Followed Policy had been circulated long before the quote was provided by Markel, which was then agreed by the broker. Therefore, clearly it was a case of mistake.

Bryan J stated that it could not be the case that the Followed Policy applied where the parties had neither discussed nor negotiated this wording which contained an entirely different jurisdictional and dispute resolution regime (a conclusion the Bryan J considered would be "bizarre").
In conclusion, Bryan J accepted that the Markel representative had mistakenly omitted the Special Conditions when providing the Followed Policy. However, he was satisfied that by this point the parties had agreed to and were bound by (i) the Bermuda form arbitration clause, and (ii) the terms previously agreed in correspondence, irrespective of whether those exact terms had been provided within or together with the Followed Wording.

The case provides a helpful reminder for contracting parties that they can be bound by an arbitration clause before the remainder of their contractual terms are completed. As often said by disputes lawyers, parties should give careful consideration to the content of dispute resolution provisions and not simply wave them through while concentrating exclusively on the commercial terms.

In circumstances where an arbitration provision is suggested and accepted, the parties may well find themselves in arbitration should a dispute arise as to whether, and on what terms, their contract exists.

The case also demonstrates the importance of being precise when negotiating insurance policies. Parties should take great care when drafting emails concerning proposed terms and seek legal advice if they are uncertain. If a dispute arises as to the applicable terms, a judge may well carefully scrutinise the pre-contractual correspondence to determine when a policy has incepted and on what terms. 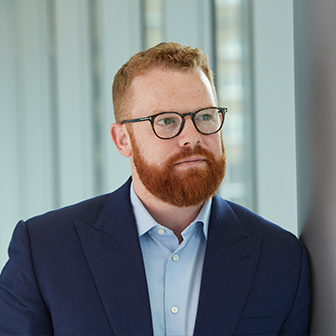 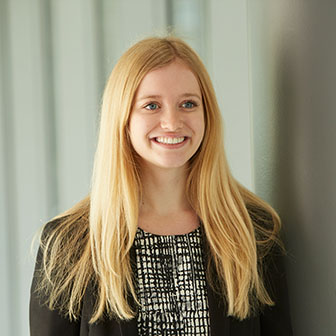