In this chapter of our Annual Insurance Review 2019, we look at the main developments in 2018 and expected issues in 2019 for accountants.

The high-profile collapse of some of the UK's most recognisable companies has resulted in a number of the Big Four accountancy firms coming under fire from the Financial Reporting Council ("FRC") this year. The FRC has asserted that some audit firms have demonstrated a lack of "professional scepticism" when carrying out their audits of some of the UK's PLCs. Notably the FRC were reported as having presented PwC with a record £6.5m fine for its auditing of retailer BHS before the company's sale for £1. The Competition and Markets Authority ("CMA") also announced reforms in December that would result in the splitting of the audit and advisory businesses at the Big Four accountancy firms'. This has prompted much debate as to whether the largest four accountancy firms should be split up to promote competition.

The FRC itself has not avoided public criticism this year. Following the collapse of Carillion some MPs accused the regulator of failing to detect problems with the auditing sector at an earlier date. At an ICAEW meeting this November the Business, Energy and Industrial Strategy ("BEIS") Select Committee also made it very clear its intention was to carry out a thorough review of the so-called "broken" auditing sector in the near future. In December an independent review of the FRC identified the need for a new regulator of accountants labelling the FRC as a "hangover from different era". These developments suggest that the auditing sector will be the subject of further review and the regulator's expectation for firms to adopt "professional scepticism" will need to be kept front of mind by those firms auditing PLCs and smaller companies alike.

Regulatory investigations and disciplinary proceedings have continued to attract attention in Hong Kong over the past year.  Following a landmark Court of Appeal ruling at the end of year 2017 overturning a disciplinary tribunal's decision on the basis that its ultimate finding differed from the complaint (an issue of natural justice), accountants have pursued a number of appeals challenging tribunal findings on liability and sanctions. All these appeals were dismissed. In one case, the Court of Appeal emphasised that the facts of each case are different, and that in general, the courts should exercise caution when considering such appeals against sanctions imposed by disciplinary tribunals.  As a result, the hurdle for successfully appealing against a tribunal decision, either on liability or sanctions, remains very high.

Accountants of SMEs are likely to be kept busy in the run up to spring 2019 when VAT records will need to be submitted digitally. It will have taken the best part of four years for HMRC's "Making Tax Digital for VAT" ("MTD") initiative to come into force. This will mean that maintaining paper records will cease to meet the legal requirements in tax legislation from 1 April 2019 (and from 1 October 2019 for more complex business structures).

The move to digital accountancy is likely to be welcomed by some practitioners however we envisage that cyber fraud will remain a key risk for many accountants of all sizes. The FCA reported earlier this year that the number of cyber-attacks was up by 80% this year and it is anticipated that accountancy firms will want to ensure that with the move towards paperless working their clients' information and monies remain secure. The move towards digital working is likely to be an issue of global debate in 2019 with some of Europe's central banks identifying that there is an uneven playing field between the central banks and big technology companies' utilising cloud based software when it comes to regulatory requirements.

The Hong Kong Government has introduced a bill which will give the FRC much wider regulatory powers over auditors of listed companies.  At present, it only investigates, but cannot take any disciplinary action over, deficient audits. Disciplinary proceedings are currently handled by the Hong Kong Institute of Certified Public Accountants (a professional body). Such approach has long been criticised for lack of independence and falling short of international standards.  The new regime will see the FRC (as an independent regulator) inspecting, investigating and taking disciplinary actions with respect to audits of listed companies. The maximum monetary penalty will be increased to HK$10 million, from HK$500,000 under the existing regime.  The Legislative Council is currently debating the provisions of the bill. One area of particular interest to the profession is sanctions guidelines, which are to be issued by the FRC before the new law comes into force probably in mid-2019.  The guidelines are likely be modelled on those issued by the UK FRC. 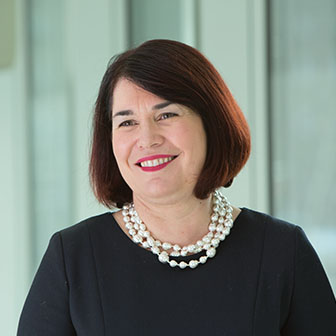 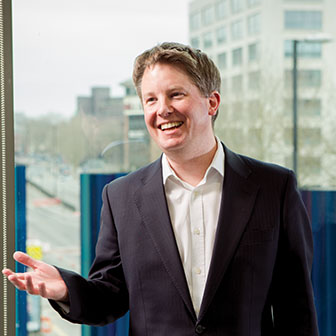