In this chapter of our Annual Insurance Review 2022, we look at the main developments in 2021 and expected issues in 2022 for general liability.

Last year we anticipated the implementation of Regulations implementing a new claims procedure for whiplash injuries sustained in road traffic accidents after 31 May 2021. Data published on the official injury claim website states that in the first three months of operation 45,718 claims were processed. Only 4,331 (9.47%) were claims made by unrepresented Claimants. Initial indications are that those making claims are not confident in using the new procedure without help.

The Court's guideline hourly rates for solicitors were updated and implemented on 1 October 2021. This was the first revision since 2010. More regular reviews have been promised.

In Griffiths v Tui (7 October 2021) the Court of Appeal decided by 2-1 majority that a judge was entitled to reject expert medical evidence even if no contrary evidence or challenge to the expert's opinion had been put before the court. Although the Defendant had been given permission to obtain its own medical evidence, it had been served late and permission to rely upon it had been refused. The Claimant's expert evidence was put before the court in writing only. The Defendant argued through submissions to the judge at the end of the trial that the Claimant's expert evidence was inadequate to prove causation on the balance of probability. The judge agreed and the claim was dismissed. The Court of Appeal upheld the original decision.

To avoid similar challenge, experts will need to be careful to explain their reasoning in support of their opinion and conclusions.

The Government intends increasing the small claims limit for non-road traffic injury claims from £1,000 to £1,500 in April 2022. The initial proposal to increase the limit to £5,000 was resisted on the basis that complexities in Employers' and Public Liability claims require professional assistance.

It is generally possible for a Defendant to offset a costs order in its favour against liability to pay costs to the Claimant. On 6 October 2021 the Supreme Court decided in Adelkun v Ho that this is not possible in claims governed by Qualified One Way Costs shifting (QOCS) where costs orders in the Defendant's favour can be set off only against damages. This difference arises through the wording of the Rules relating to the enforceability of costs orders against a Claimant when QOCS applies.

The court recognised that this decision might favour Claimants unduly and suggested that the Civil Procedure Rules Committee should investigate whether this upsets the level-playing-field objective of QOCS to the extent that rule changes need to be made.

Although the prospect of the fixed costs regime being applied to higher value claims in the very near future appears to be receding, the pre-action Protocols might be reviewed. Significant elements of the Protocols, particularly in relation to information required to be provided by the parties to each other, are often not followed. This makes litigation more likely and is inconsistent with the policy of encouraging early settlement. So far, the courts have generally ignored breaches of pre-action Protocols. This might change. 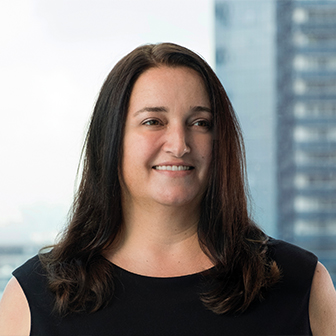