The IPEC has issued its first ruling following the CJEU's decision in Cofemel, finding that "complete conformity" with EU law would exclude any requirement of aesthetic appeal.

We covered the heavily debated CJEU decision in Cofemel in an IP Hub post on 23 September 2019 (link).

Much of the debate in the UK has centred around whether certain elements of English law and of the Copyright, Designs and Patents Act 1998 (the "CDPA") remain compatible with EU law in light of the ECJ's recent case-law, culminating in Cofemel, which suggests that there is a harmonised EU-wide definition of "work" for copyright purposes which is not restricted by any pre-specified categories and should not take into account any aesthetic considerations.

The relevant elements of English law are:

It appears that we now have the first judgment of a UK court following Cofemel, in the IPEC case of Response Clothing Limited v The Edinburgh Woollen Mill Limited.

This case concerned the supply from 2009 to 2012, by Response Clothing ("Response") to Edinburgh Woollen Mill ("EWM"), of certain ladies' tops made of a jacquard fabric of a design referred to as a "wave arrangement", consisting of multiple lines woven into the fabric in a wave pattern.

In 2012, following an attempt by Response to increase its prices, EWM supplied a sample of Response's top to other garment suppliers with an invitation to supply tops made from a similar fabric.

Response brought a claim of copyright infringement against EWM, alleging that copyright subsisted in its wave arrangement design, including on the basis that it was a work of artistic craftsmanship.

HHJ Hacon turned to the New Zealand High Court's decision in Bonz Group (Pty) Ltd v Cooke [1994] 3 N.Z.L.R. 216, which had been referred to by Mann J in the first instance decision in Lucasfilm Ltd v Ainsworth and established that for a work to be regarded as one of artistic craftsmanship the author must have been both a craftsman and an artist.

HHJ Hacon found that, in his view, the wave fabric could be a work of artistic craftsmanship following Bonz, despite being made with a machine rather than by hand, on the grounds that the relevant employee who designed the fabric would have been a craftsman working in a skilful way, and the  primary goal was presumably to make something aesthetically pleasing to customers.

HHJ Hacon then turned to EU law, and found that he was satisfied that the wave fabric was also original in that "its design was its author's own intellectual creation" and if "no sufficiently similar design existed before it was created, it must have been the expression of the author's free and creative choices."

The most interesting passage for copyright practitioners in the UK is that which followed at paragraph 63 of the Judgment:

"The issue I have to resolve is not whether Directive 2001/29 has the effect of removing all the gaps there may be in copyright protection available from a court at first instance for 'works' within the meaning of art.2 of the Directive, but whether it is possible to interpret s.4(1)(c) of the 1988 Act in conformity with art.2 of Directive 2001/29 such that the Wave Fabric qualifies as a work of artistic craftsmanship and thereby its design becomes entitled to copyright protection. In my view it is, up to a point. Complete conformity with art.2, in particular as interpreted by the CJEU in Cofemel, would exclude any requirement that the Wave Fabric has aesthetic appeal and thus would be inconsistent with the definition of work of artistic craftsmanship stated in Bonz Group. I need not go that far since I have found on the facts that the Wave Fabric does have aesthetic appeal."

Because HHJ Hacon found that that the wave pattern had, in fact, aesthetic appeal, he did not need to go as far as to test the impact which EU law might have had on the UK copyright protection of a "functional" item lacking such appeal.

Importantly, however, it appears we now have express acceptance from an English judge that the practical impact of the Cofemel decision is to exclude any requirement for a work to have aesthetic appeal. It follows that English law, as it has been interpreted to date, is incompatible with EU law in this respect.

This issue with undoubtedly be tested soon in the English courts (and/or by the lawmakers following Brexit) – so watch this space. 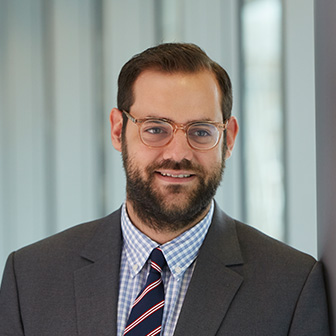