On 26 July 2021, the Court of Appeal (CoA) handed down its much-anticipated decision in the latest instalment of the Sky v Skykick trade mark dispute.

The CoA's decision follows an appeal, by Sky, against an April 2020 High Court judgment, which declared various of Sky's trade mark registrations partially invalid, on grounds of bad faith. We take a closer look at the CoA's judgment (which reverses the lower Court's decision) below. You can read our blog on the High Court's decision here.

For many, the dispute will need little introduction: In May 2016, media and telecoms conglomerate, Sky issued proceedings against cloud management software solution provider, Skykick. Sky's claims were based on various EU trade marks (the EUTMs), registered (amongst other things) for 'computer software' and 'electronic mail services'. Sky argued that by using 'Skykick' in relation to its 'Cloud Migration' and 'Cloud Backup' services, Skykick had infringed the EUTMs. Sky also claimed passing off.

Skykick disputed the allegations and counterclaimed for a declaration of invalidity in respect of the EUTMs. Specifically, Skykick argued that the filing of marks for broad categories of goods and services (e.g. 'computer software' and 'electronic mail services') amounted to bad faith, on the basis that Sky had deliberately adopted an expansive strategy to restrict third parties.

After referring various questions to the CJEU, the High Court held that Sky had indeed acted in bad faith. This was in two ways: (1) by applying for trade marks in circumstances where Sky had no intention of using them for all goods and services covered by the specifications, and had no foreseeable prospect of ever doing so (the No Prospect Ground); and (2) by seeking broad protection, regardless of whether it was commercially justified (the No Commercial Justification Ground). As a result, the High Court declared the EUTMs partially invalid and ordered that they be cut down, to remove the offending goods and services. Whilst Sky's infringement claims were upheld (to the extent that Skykick's activities infringed the reduced registrations), its passing off claim was dismissed.

Sky appealed both the finding of partial invalidity and the dismissal of its passing off claim to the CoA. SkyKick cross-appealed against the finding of infringement and argued that Sky's trade marks should be more heavily restricted that the High Court had ordered.

Following detailed consideration of both the High Court's decision and the applicable case law, Sir Christopher Floyd (providing the leading judgment in the CoA) said he was "in no doubt that Sky's appeal on the issue of bad faith should be allowed" and that the order cutting down the EUTMs should be set aside.

On the evidence, the CoA found that it was "implicit" that Sky's applications were made (at least in part), with the intention of protecting the use of the mark in relation to goods and services in which Sky had a substantial present trade and a future expectation of trade. On that basis, the case was distinguishable from cases where the sole objective of the application is to stop third party use (e.g. trade mark squatting scenarios).

Whilst Sky's specifications included broad categories of goods and services (i.e. 'computer software') and whilst the CoA noted that "Sky had no prospect of using the mark in relation to every conceivable sub-division of computer software" it held that this was neither a "relevant or objective indication of bad faith". The High Court's finding of bad faith based on the No Prospect Ground was therefore overturned: There was no requirement for Sky to demonstrate an intention to use the EUTMs for every sub-set of the broad categories of goods and/or services that featured in the specifications (i.e. for every type of 'computer software').

The High Court's finding of bad faith under the No Commercial Justification Ground was also overturned. In reaching this conclusion, the CoA emphasised that:

"an applicant for a trade mark does not have to formulate a commercial strategy for using the mark in relation to every species of goods or services falling within a general description. Such an applicant is entitled to say "I am using the mark for specific goods falling within description X. I have no idea precisely where my business in goods of that description will develop in the next 5 years, but there will undoubtedly be more such goods than there are now."… Such an applicant could not, however, be accused of bad faith in the light of its strategy for applying for protection of sufficient width to cover some further, as yet unformulated, goods within the same category."

As an entity with a "very substantial business in computer software", the CoA found that there was an "obvious commercial justification" as to why Sky had included the term 'computer software' in the specifications.

The CoA's decision will bring much relief to brand owners who, following the High Court's decision, were left questioning their filing strategies, including how precise specifications must be to avoid falling foul to invalidity on grounds of bad faith.

A principle of use it or lose it (whereby trade marks that have been registered for more than 5 years are liable to revocation, if they have not been put to genuine use) already exists under UK law. Some therefore considered that this already provided adequate protection against non-use abuses and that the High Court's decision cut across the long-established "express grace period" that is afforded to trade mark proprietors.

The CoA's decision has not been universally welcomed however. Some have expressed concerns that the judgment will result in a 'cluttering' of the register and an increase in monopolistic filings. 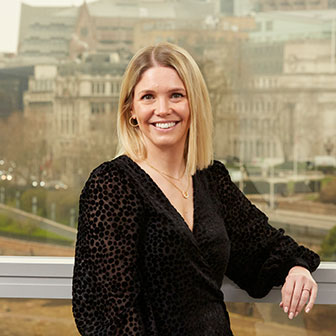