A game changer for concussion injuries? New study investigating CTE creates a potential headache for defendants and their insurers

A new study shows that repeated hits to the head, not concussions, cause chronic traumatic encephalopathy (CTE), the neurodegenerative disease experienced by American football players, boxers and other athletes.

Any contact sports fan will be familiar with the controversy surrounding concussion injuries and their potential long-term impact on athletes, with awareness increasing in recent years. However, a recent study by Boston University has concluded it is not concussions that are the cause of a severe neurodegenerative disorder; it is the repeated hits to the head.

Chronic traumatic encephalopathy (CTE) is an Alzheimer’s-like disease that has been most commonly associated with former professional American football players. Previous studies have shown that repetitive hits to the head — even without concussion — can result in CTE, but scientists say the Boston study is the most definitive, so far, to have found this connection.

In American football, and other contact sports, numerous claims have been brought by former athletes against sports governing bodies, universities, helmet manufacturers and others. This study could therefore be a 'game changer' for defendants and insurers dealing with a CTE claim.

As a former semi-professional rugby player, I personally find this study, somewhat troubling. Thankfully, I have experienced concussion only once or twice in my career (that I am aware of at least), but the number of hits to the head is immeasurable. At the time of my retirement in 2010, there were no 'concussion protocols', or any sort of criteria that a player had to meet before returning to the field of play. The only test I can recall was one simple question by the physiotherapist or team doctor: "How many fingers am I holding up? Correct: you are fine".

Things are now very different. To continue with rugby union as an example, any suspected head injury requires a player to leave the field for a head injury assessment (HIA). Pass the HIA, and the player may return to action. Fail it, and it is game over. Any player who fails a HIA must then go through a rigorous 'return to play protocol', before being cleared by the medical team. Whilst the HIA is certainly an improvement, its effectiveness has been questioned by a number of medical figures in recent months, and these new findings are only going to raise more questions.

Figures published by the Rugby Football Union indicate that the majority (80-90%) of concussions resolve in a short (7-10 days) period. During this time, however, the brain is more vulnerable to further injury. If a player returns too early, before full recovery, this could result in:

Clearly, any failure by a doctor to conduct the HIA correctly, or an incorrect decision such as allowing a player to return to action too early, can have a significant, or even fatal, impact on the athlete. The pathway for a claim in this instance is pretty clear. But what about a former athlete who is diagnosed with CTE many years after retirement? Should a doctor's duty of care now extend to not only conducting a HIA, but also keeping a close eye on every player on the field, and the number of hits to the head? Should records be kept by the sports organisation of the number of hits to the head each player gets per game? And how many is too many? The questions are endless…

Arguably, there is an acceptance by every athlete taking the field in a contact sport that they are going to take hits to the head. That is a given. But clinicians practising in the field of sports medicine should sit up and take note of this study. It is not enough to look out for full blown concussion injuries; they must also be more aware of players taking repeated hits to the head over the course of a game, or even a full season. Failure to do so could, in theory, pave the way for CTE claims against sports clubs or the practitioners themselves.

In any ongoing and future litigation, this study will complicate insurers' assessment of CTE claims, particularly in the determination of what evidence is needed to prove injury, causation and other aspects of a claim. This research could also increase the volume of claims, with more individual practitioners and sports organisations becoming vulnerable. Conversely, if we see improvements in diagnostic testing for CTE, this could deter meritless claims. In any event, insurers would do well to keep a close eye on the evolving scientific research on CTE – as, of course, will I. 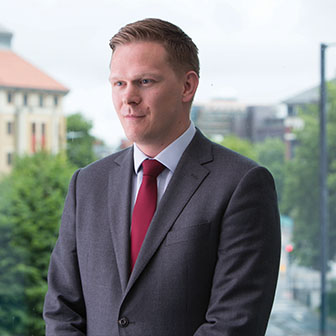