The Court of Appeal has endorsed a risk/benefit approach to determine if a product is defective, in a judgment in the long-running Seroxat litigation. The judgment also provides defendants with useful procedural guidance, particularly when dealing with group litigation.

In Bailey & Ors v GlaxoSmithKline (GSK) the Claimants allege that Seroxat (an anti-depressant manufactured by GSK), is defective under the Consumer Protection Act 1987 (the CPA) on the basis that adverse effects following discontinuance of the drug are worse than with other comparable anti-depressants.

Following the Claimants' opening submissions in April 2019, the trial judge (Lambert J) ruled that the Claimants' case was limited to the risks of Seroxat relative to comparator drugs in respect of withdrawal symptoms (i.e. the "worst in class" case) and could not be extended to the relative risks and benefits more generally as between Seroxat and its comparators (i.e. the "risk/benefit" case). The Claimants appealed that ruling.

A further judgment for the modern era of complex products

The Court of Appeal dismissed the Claimants' appeal and upheld the decision of the trial judge; only the "worst in class" issue will be determined at trial.

The judgment is good news for GSK, but has important implications for manufacturers in general. Although the judgment means that it will not feature in the Seroxat litigation, the Court of Appeal has endorsed the risk/benefit analysis used in Wilkes (and adopted in Gee) to determine if products are defective under the CPA.

For years, judicial guidance on the factors the Court should take into account when determining if a complex product is defective was limited to A v National Blood Authority [2001]. In that case, Burton J ruled that a number of factors were not relevant to the Court's assessment. These factors included using a risk/benefit analysis; for example: considering the benefits of a drug alongside its side effects, or weighing up the risks associated with an implant against the fact it has a vital medical purpose.

However, in Wilkes Hickinbottom J (now LJ) handed down a judgment fit for the era of complex and highly regulated medical products. He ruled that the Court must take a "flexible approach", meaning that an assessment of the benefits of a product, compared to its risks, can be appropriate. Two years later in Gee, Andrews J favoured the analysis of Hickinbottom J, stating that there were "substantial difficulties" with Burton J's "fundamentally flawed" approach.

None of National Blood Products, Wilkes or Gee has been appealed, meaning they have equal precedent value. Manufacturers wishing to deploy a risk/benefit defence may therefore have been concerned that the Court could, in future, prefer the approach of Burton J.  This would deny them the argument that a product is not defective because the benefits provided by the product outweigh the risks.

The Court of Appeal's ruling concerns procedural matters and is not a judgment on the allegation that Seroxat is defective.  GSK has succeeded in limiting the litigation to the Claimants' pleaded case, and so the Claimants' arguments over how a risk/benefit analysis should be used by the Court will not feature. However, we expect that other defendant manufacturers, wishing to deploy a risk/benefit analysis in future litigation, will refer claimants and the Court to passages in the Court of Appeal's judgment which endorse the approach adopted by Hickinbottom J in Wilkes.

It remains to be seen how the Claimants in the Seroxat litigation will proceed following this judgment. In the meantime, manufacturers of complex products, and their insurers, will take note of a judgment that follows hot on the heels of Wilkes and Gee and endorses using a risk/benefit analysis in determining if a product is defective.

A copy of the judgment can be found here 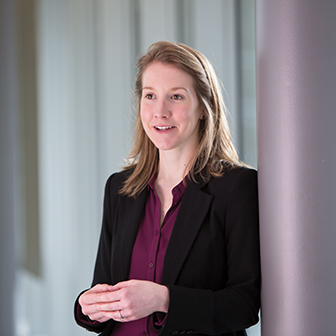