For radio aficionados, the long running radio soap The Archers is a welcome daily escape from daily life. However, the last few episodes have not been without their drama. For a medmal insurance lawyer looking to unwind after a day of (home)working, there are a number of taxing fictional issues to which one can turn one's mind.

After a huge explosion at Grey Gables, Lynda Snell and Blake the builder (his current starring role has still not afforded him a surname) lie prone in hospital. Avid listeners will know that the blast occurred because Blake was using petrol instead of adhesive when carrying out repairs to the Grey Gables restaurant kitchen. He was so hungry that he turned on the grill to toast some bread and that's when disaster struck.

In the days since the explosion was broadcast, it has gradually emerged that Philip Moss, owner of the building firm carrying out the work, not only indulged in unsafe working practices but is also a "gangmaster" – such a scandal has rarely been seen before in this radio soap.

Anyway, back to insurance…

There are clearly many issues arising for Grey Gables' insurers, and RPC's UK property team are far better placed than me to advise its owner, Oliver Stirling. For the personal injury professional there are also some interesting dilemmas to contemplate. We know that Lynda is gravely ill in hospital, and Blake the builder has spinal injuries. It seems likely that Philip, as a builder taking illegal shortcuts, will not have sufficiently comprehensive insurance in place, and therefore will be facing the Health and Safety Executive's investigation and likely criminal investigation without legal advice. Let's hope that his compulsory Employer's Liability cover will at least see some compensation coming Blake's way, albeit that the contributory negligence arguments will be compelling.

Presumably Lynda will want to sue, and subsequently enforce a judgment debt against Philip personally, but will she want to force Philip's fiancée, the popular Kirsty Miller, out of her new Beechwood Estate home? She may be forced instead to bring a claim against Oliver, who is her employer. That won't sit well with her; she adores Oliver, and the gossip mongers at The Bee (soon to re-re-brand as The Bull) may see a lawsuit as a personal attack on him.

And what, for that matter, about Roy Tucker? Having been thrown off his feet by the blast and attended hospital for a quick checkup, he's now wandering around the lane in his slippers and forgetting that he left his car on the Beechwood estate! Surely there has been a delayed diagnosis of his concussion? Who will be liable for that? Even if he was seen at Borchester General Hospital, his treatment may not be covered by the Clinical Negligence Scheme for Trusts. Walk in services based at hospitals are often provided by primary care services or independent sector 'out-of-hours'  services, and staffed by GPs and advanced nurse practitioners, all of whom may have different indemnity arrangements. Let's hope the magnificent Usha Franks (as a solicitor enviably skilled in a vast array of legal disciplines) can navigate the maze of likely defendants and secure Roy his compensation.

I, for one, will be listening with interest to see how things pan out. Who knows, the producers of the show may be inspired to add some exciting insurance angles to future episodes. 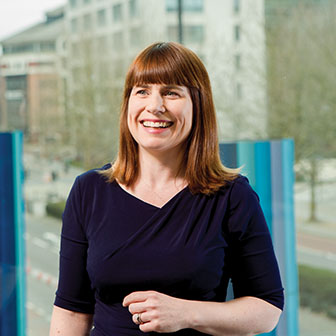