In a welcome reminder of a long established principle, the High Court decision in the October 2012 case of Arrowhead Capital Finance Limited v KPMG

(Click here to read...) confirms the limits placed on a professional's duty of care to third parties.  The decision makes clear that professionals should still be on their guard when carrying out instructions for a client so as not to unwittingly assume a duty of care to others.

KPMG was engaged to provide due diligence services to a company.  Arrowhead invested money into the company and, as part of the loan negotiations, was shown documents referring to the due diligence undertaken by KPMG.  The company was subsequently wound up before repaying Arrowhead's $52 million loan.

The issue was whether KPMG owed a duty of care to Arrowhead.  KPMG's relationship with its client was governed by the terms of the contract set out in the engagement letter and its terms and conditions.  The letter included specific limitations on the extent of KPMG's responsibility and a cap on its liability.

The Court ruled that KPMG did not owe a duty of care to Arrowhead.  It was inconceivable that any reasonable businessman would have considered that KPMG would voluntarily assume an unlimited responsibility towards potential investors in its client.  While Arrowhead did not know of the particular express exclusion in KPMG’s general terms of business in relation to third party rights, this was not an unusual term.  It would not be fair, just or reasonable to impose such a duty on KPMG, who did not assume responsibility to Arrowhead and was only discharging its duty to its client.  KPMG’s relationship was with its client, governed by an engagement letter which the third party should know was likely to contain limitations on the extent of KPMG’s liability to its client and very possibly to third parties.

This decision confirms that, whilst third parties may be affected by advice given by accountants, that alone will not give rise to a duty of care owed by the accountant to the third party.  What is clear is the importance of setting out the scope of the retainer with the client at the outset and to act within those parameters throughout the business relationship. 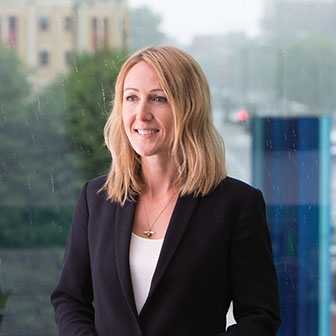