Lost chance case-law has come a long way since the ground-breaking decision in Allied Maples(1). One of its more interesting offshoots is the case of Moda International Brands Ltd v Gateley LLP & Anor(2). Moda is required reading for any firm of solicitors who wants to defend a lost chance claim arising from its transactional work for a claimant.

The facts in Moda are not particularly important for current purposes (and quite complex). In summary, the case concerned a property transaction between a company called Moda and another called Mortar. The defendant firm acted for Moda. Moda alleged that the defendant failed to advise it properly about aspects of a joint venture agreement between the two companies. One of the issues in the case was how Moda would have responded if proper advice had been given to it concerning a profit-sharing clause. Another issue was how Mortar would then have reacted to negotiations over the profit-share.

So far, this looks like a classic Allied Maples lost chance claim where a claimant must prove on a balance of probabilities how he or she would have reacted to proper advice and “the [overall] outcome...appears to depend on the unrestricted volition of a third party but there are objective considerations which make it possible to predicate how he would have acted”.(3) In such a situation, the court will usually consider awarding the claimant the value of his or her lost chance.

The unusual feature of Moda was that the relevant decision-maker at Mortar was called by the defendant with a view to him giving (hopefully) helpful evidence as to how he would have responded to hypothetical further negotiations over the profit-sharing clause.

This led to the defendant arguing that the Allied Maples lost chance approach did not apply where the loss depended on the hypothetical acts of a third party and the third party was called to give evidence about his hypothetical approach.

The Judge (Mr Justice Freedman) in Moda disagreed with the defendant’s argument on the above issue. The key part of the reasoning appears at paragraph 176. In summary, the Judge considered that the Allied Maples lost chance approach was not merely an evidential tool, ie a device to bridge a gap where the evidence of the third party is unavailable, but instead it was a principle of law that applied where the lost depended on the putative actions of a third party and regardless of whether or not that third party was available to give evidence.

The key lesson to be gained from this part of Moda is that one cannot convert a lost chance claim into a certainty simply by calling evidence from the relevant third party. That evidence might of course be of considerable weight, provided it is not too self-serving or tinged with hindsight, but it will not be determinative of the issue.

There is another interesting aspect to Moda. It concerns the calculation of a lost chance in the context of multiple alternative contingencies.

That is precisely what the Judge then proceeded to do, identifying three outcomes for the hypothetical negotiations over the profit-share, assigning separate percentages for the likelihood of each one (50%, 30% and 20%), separately multiplying each percentage by the value to the claimant of that outcome, and then adding those products to give the overall lost chance value.

This more detailed mathematical approach to assessment of lost chances may be particularly helpful to defendant firms facing claims arising from lost litigation. It provides a strong basis for arguing that when quantifying the claimant’s lost chance of success in litigation one should consider the chances, and values, of multiple alternative scenarios including one where the claimant loses and has to pay the other side’s costs. 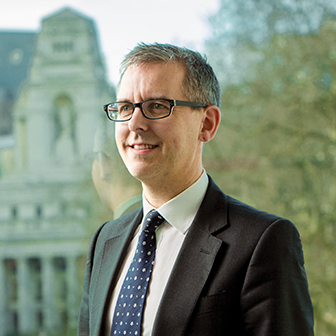