The recent landmark decision in Swift v Carpenter (2020) demonstrates a fundamental change in the way that accommodation claims in personal injury cases are quantified, in a manner that is likely to have a significant impact on the value of those claims.

Below we take a brief look at how the assessment of accommodation claims has changed, and consider the impact this might have on insurers involved in professional negligence cases arising out of personal injury cases.

Accommodation claims arise in personal injury cases where the needs of the injured claimant due to their injury can only be met in a different, and more expensive, property to the one in which the claimant resided prior to the injury. The Courts have long grappled with the question of how to adequately compensate the claimant for the additional costs required in acquiring a suitable residence to meet their needs, while at the same time avoiding an unjustified windfall (of the increased property value) for the claimant’s estate upon their death.

In an effort to balance the competing considerations, the Court in Roberts v Johnstone (1989) came up with the approach of, essentially, compensating claimants for the lost projected return on capital that they had to invest to purchase the suitable property. In other words, it was assumed that claimants would fund the purchase of the property themselves, investing any additional capital required, and therefore the consequent loss would be limited to the likely return on that additional investment. The formula used to calculate that head of loss relied on the capital difference in property values and was adjusted according to a “discount rate” (ie the value of the anticipated investment return on that sum) and lifetime multiplier. The discount rate, notionally 2% in the Roberts case, was adjusted from time to time by the Lord Chancellor exercising powers under s1 of the Damages Act 1996. Fixed at 2.5% in 2001, it was then reduced to -0.75% in 2017 and reset at -0.25% in 2019.

The Roberts solution was always problematic, requiring claimants to “borrow” from damages allocated to other losses in order to fund the purchase and, from 2017 onwards, resulting in a nil award for accommodation1 and putting the burden of increased accommodation costs wholly on the injured party.

The issue came to the fore again in Swift v Carpenter, when the first instance judge awarded £4,098,051 in damages but, holding that she was bound by Roberts, made a nil award in respect of accommodation, despite finding that the claimant required an additional £900,000 to fund a suitable property purchase.

The case progressed to the Court of Appeal where it was held that the Roberts approach was “no longer capable in modern conditions of delivering fair and reasonable compensation to a claimant.” The Court found that the potential future “windfall” could be avoided by calculating the present value of the notional reversionary interest in the additional purchase cost and deducting the same from that additional cost. In other words, the claimant should be compensated for the entire additional cost less the value of the reversionary interest that will fall to their estate.

The Court was clear that this new calculation should be of broad application, saying that: “for longer lives, during conditions of negative or low positive discount rates, and subject to particular circumstances, this guidance should be regarded as enduring.”

What issues arise from the new approach?

The obvious impact of this new approach is that the value of accommodation claims in personal injury cases is likely to be much higher than previously. This will have a consequent effect on loss of a chance cases in professional negligence claims that, as insurers, you will want to look out for. For example, a claimant might seek to argue that the underlying personal injury claim would, but for the insured’s negligence, have proceeded to trial at a notional date after the Swift judgment, resulting in a much higher claim to include the accommodation element, therefore resulting in an alleged under-settlement claim. Firms will also need to be aware of the possibility of claims where the underlying personal injury case has been settled on the Roberts basis in circumstances where the insured firm was unaware of the Swift decision (but should have been so aware). It is therefore essential that all insured firms acting in the personal injury sphere are aware of this decision and its potential impact as soon as possible.

In addition, insurers might also see new claims arising from circumstances where the Insured has either settled a personal injury case on the basis that the Roberts calculation would apply (ie that there would be no damages for accommodation) whilst knowing that Swift was under appeal (and therefore arguably should have awaited its decision).

That is not to say, however, that the basis of assessment used in Swift will be appropriate in every case; indeed, Irwin LJ specifically stated that different considerations and arguments could be applied in cases where life expectancy is short (and therefore the value of the reversionary interest high). It is therefore worth considering whether there are any specific circumstances in the claim before you that would have rendered the Swift approach inappropriate. 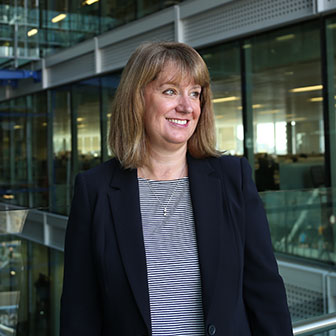