The judgment in Hart v Large provides important guidance on the scope of a surveyor's duty when advising prospective purchasers. It also highlights that the courts may be willing to depart from the usual measures of loss, in order to achieve what they consider to be a fair outcome.

The dispute arose out of a RICS Homebuyer inspection and report, which was undertaken in November 2011, by an experienced surveyor, Mr Large. The subject property was located on a hill-top in Devon and had been newly reconstructed.  Mr Large recommended to the Claimants that he should prepare a Homebuyer Report i.e. a 'level 2' survey category, and the Claimants agreed. Mr Large valued the property at £1.2m and his report highlighted drainage problems and concerns with the pipes/gutters. After receiving Mr Large's report, the Claimants purchased the house for £1.2m.

Following the purchase of the property, it became evident that there were serious issues with water ingress and damp, that ultimately required extensive remedial works. Mr Large made no reference to these issues in his report.

The Claimants brought claims in negligence against the architects (instructed by the previous owners) who had supervised the reconstruction works, the Claimants' conveyancing solicitors and Mr Large. The claims against both the architect and the solicitors settled prior to trial.

Claim against the Surveyor

The Claimants alleged that Mr Large was negligent by:

In relation to the first allegation, the Court agreed Mr Large should have advised that a Building Survey should be carried out and stated that a surveyor has a "continuing obligation, having advised that a HomeBuyers Report is appropriate, to keep that advice under review (a) in the time between being asked to carry out a survey and reporting following that survey; and (b) as appropriate (a very important qualification) when advising after reporting on the initial survey…".

However, the Judge found that different surveyors' opinions could legitimately differ and, accordingly, applying the Bolam test, this allegation of negligence failed on the evidence.

With regards to the second allegation, Mr Large was found to be negligent for failing to identify and report the damp / water ingress in the property. The Judge found that "given the difficulties which faced Mr Large in reporting upon a newly redeveloped house, he should have been alert to some of the signs of sloppy workmanship which were there to be seen and to which he should have drawn attention, or given greater emphasis…".

The Judge found there was no evidence of damp at the time of Mr Large's inspection; however, Mr Large had noted in his inspection that, because the walls of the property had been rendered, he could not see whether or not damp proof membranes had been installed. The Judge concluded that Mr Large should have reported that he could not see visible damp proofing at any location and that further investigations were required.

The Judge concluded that, had the Claimants known of the issues of damp / water ingress prior to the purchase of the property, they would not have proceeded with the purchase. Likewise, the Judge found that, had the architects been asked to provide a professional consultant’s certificate, in the circumstances they would have declined to provide one, and the Claimants would not have proceeded with the purchase.

It was argued, on behalf of Mr Large, that damages should be assessed by first identifying any defects in the property which should have been reported on and then assessing the extent to which any such defects would have reduced the value of the property below the sum of advised of £1.2million (Watts v Morrow (1991)).

The Judge did not accept that the Watts v Morrow approach was appropriate in this case on the basis that adopting that approach would have led to a very low award of damages.The Judge concluded that this level of award would far from put the Claimants into the position they should have been in if there had been no breach of duty. The Judge considered that, as was emphasised by Lord Hoffmann in South Australia Asset Management Corp v York Montague Ltd at page 211A, the starting point is to consider the cause of action against the Defendant i.e. Mr Large. In this case the main breaches of duty by Mr Large related to failing to recommend that the Claimants should have obtained a professional consultant’s certificate. The purpose of obtaining such a certificate was precisely to obtain some form of protection against the presence of defects, which a competent surveyor could not identify in a newly rebuilt house. The Judge concluded that the Defendant's failure amounted to the 'negligent provision of advice', to bring the claim within the ambit of cases in which surveyors can be held responsible for all losses caused by the inadequacy of that advice, rather than  the 'negligent provision of information', where the entitlement to damages is limited by the test in the SAAMCo case.

The Judge therefore awarded the Claimants £750,000, being the difference between the value of the property as it had been reported to them in the HomeBuyer report and its value with all of the defects which actually existed.  The Judge then reduced the award to £374,000 to take into the out of court settlement with the architect and the Claimants' conveyancing solicitors.

The Court also awarded £15,000 for inconvenience and distress - an unusually high recovery for that head of loss.

Points to note for Surveyors: 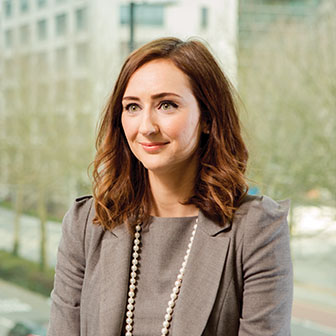