A licence to kill... a licence

In the second of a number of short articles we are producing in relation to businesses in the tech space, we will be discussing a real life example of what not to do when diligencing a tech company and its third party IP licence agreements.

Most of you reading this article will be well aware of the need to review "change of control" clauses in the key agreements of a target company in an M&A context – however, change of control clauses can sometimes be overlooked in other contexts, such as when auditing key suppliers.

For those not familiar, a change of control clause can take many forms, but at its most basic, it is a clause which provides that one party has the right to terminate the relevant agreement in the event that the other party is subject to a change in shareholder.

In the supplier auditing context, those conducting due diligence on a key supplier tend to spend their time on seemingly more important matters such as the ability to provide the service, bribery/corruption concerns, compliance, etc., rather than reviewing the details of the supplier's own important legal contracts…but let the real world example in the next paragraph serve as a warning to those conducting such an audit on a key supplier!

A real world example…and a warning!

Our corporate team has recently been involved in an exercise whereby a major tech company was auditing one of its key suppliers (our client) with a view to discovering any risk factors in regards to that supplier's own supply chain – the particular major tech company often, at short notice, puts in large orders with the key supplier and therefore wanted to reassure itself that nothing in that supplier's own supply chain would prevent such orders being fulfilled.

This is of course a very considered approach to managing ones supply chain; however, a key element was missed in diligence – namely a detailed review of the supplier's IP licence agreements (including to see whether such agreements contained any change of control clauses).

In the context of the tech market where such companies change hands at breakneck speed, a key supplier losing the right (following a change in control) to a particular third party IP licence to build and sell its product can be cause serious difficulties not just for the supplier, but also for its end customer – especially in situations where finding a substitute product is difficult (if not impossible!), either in the short term or the long term. Of course, the relevant licensor may agree not to terminate the IP licence following a change of control of the supplier, but the licensor's agreement not to do so may (and likely will) be coupled with a request for increased royalties under the terms of the IP licence agreement – which is clearly far from ideal.

In our above example, if such a key supplier were ever subject to a change of control, the individuals appointed to audit the supply chain are very likely to fall out of favour with management! And in any event, if and when customers wake up to auditing supplier third party IP agreements in greater detail, such a clause within a key IP licence agreement will put the relevant supplier at a clear competitive disadvantage.

…is that tech companies (and their lawyers) need to keep in mind the commercial reality of what they are trying to achieve, whether in an M&A context or just general auditing of their supply chain. Reviewing change of control clauses in suppliers' licence agreements is an important task for all customers; but companies licencing their products should also consider whether including a change of control clause (or a least an absolute change of control/termination right) in a licence agreement with a customer in the first place works on a commercial or practical level.

Although there are clearly risks for the licensor in not including such a clause in its third party licence, the consequences for the licensee can often be far more significant. In some scenarios, one sentence could make all the difference: "subject to the reasonable consent of the licensor (not to be unreasonably withheld or delayed)"! 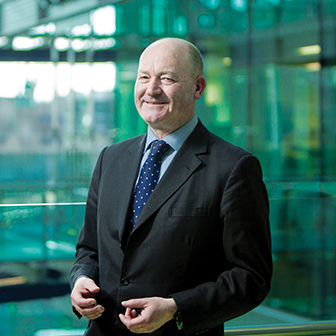