Derivative transactions – the obligation to report

As the recent £34.9m fine for Goldman Sachs shows, the FCA takes the obligation to report derivative transactions seriously. How does this affect parties who trade infrequently, and what changes to the reporting requirement can we expect post-Brexit?

Derivative trading is often seen as a risky business, with media coverage focussing on short selling and speculative investments in futures and credit default swaps.  In practice, derivatives are an essential part of financial planning for many businesses, and are typically used as a means of spreading and diluting risk.  Many companies which receive income in different currencies due to an international presence, or which have an exposure to floating interest rates under standard banking facilities, rely on derivative transactions to protect their cash flows against changes in market conditions.

In the wake of the financial crisis of 2007 – 2008, regulators started to pay close attention to what had previously been an unregulated marketplace for derivative trading.  In the US, this lead to the Dodd-Frank Act and FATCA, which both have an extra-territorial impact on swap counterparties from outside the United States.  In the EU, the existing regulatory framework set out by FSMA (in the UK) and MiFID (in the EU) has been bolstered by EMIR and MiFID II.  The implications of these new regulations were extensive for those parties regularly involved in derivative trading, but also extended to those parties who enter into a handful of trades per year, such as retailers with an exposure to foreign currency risk from their overseas stores, or investors and insurance companies with longer term investment assets.  Although these less frequent traders may have sophisticated finance teams, they are often not used to the regulated environment in which investment banks work, and don't have dedicated teams who can undertake regulatory reporting.

The obligation to report

Since the relevant sections of EMIR came into force in February 2014, both parties to a derivative transaction have been under an obligation to report each derivative trade they make to a registered trade repository.  The report must be made no later than the working day after the trade date (or the date any trade is modified or concluded).  While investment banks with extensive internal regulatory functions may be well placed to process these reports, other parties are not, and for many companies a practice has developed of delegating their reporting obligations back to the bank that arranged the trade (or to a third party service provider).  Typically when a party (the Counterparty) negotiates an ISDA master agreement with a bank, it can also request a delegated reporting agreement to make the bank responsible for reporting both sides of the trade (although the underlying obligation to ensure that reporting takes place still falls on the Counterparty).

Failure to report trades can give rise to financial penalties.  For example, the FCA recently fined Goldman Sachs £34.9m for failing to report (or misreporting) 220.2 million transactions between November 2007 and March 2017. Counterparties which trade infrequently may take some comfort from the fact that penalties for failure to report are typically calculated on a "per missed report" basis, but it is clear that the FCA takes the reporting obligation seriously, and views it as critical to ensure the integrity of financial markets.

As the derivative reporting requirements in EMIR are part of EU regulation, they have not been transposed into UK law, and in theory would cease to apply following Brexit.  However, the current regulations are part of a wider commitment on the part of G20 nations to encourage greater visibility over, and regulation of, financial markets, and it is likely that EMIR equivalent regulations will be put in place regardless of the outcome of Brexit negotiations.  The EU (Withdrawal) Act 2018 put in place a statutory framework for a UK version of EMIR, which would take effect post-Brexit if no other deal is reached.  Barring any unexpected changes in the regulatory landscape, it is likely that the current reporting requirements will remain, although the practicalities of reporting transactions may change. 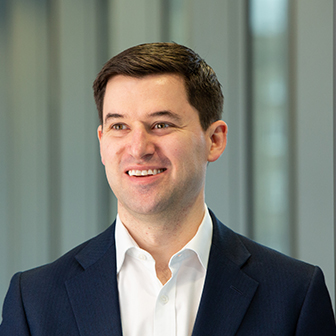