Directors' duties and conflicts of interest – application to former directors

The High Court has recently considered the scope of the duty to avoid conflicts of interest as it applies to former directors of a company.

Directors of companies have a duty to avoid a situation in which they have an interest that conflicts or may conflict with the interests of the company, in particular as regards the exploitation of any property, information or opportunity. This duty, now set out in section 175 of the Companies Act 2006, arose out of the equitable principles that directors must not place themselves in a position where their interests conflict with those of the company, and should not profit at the company's expense or use the company's property to make profit for themselves.

In particular, the case law was concerned with directors who exploited for their own benefit a 'maturing business opportunity' of the company. In accordance with the fiduciary nature of the principle, a breach could occur regardless of whether the company itself could have profited from the relevant opportunity.

Prior to the Companies Act 2006, it was recognised in the case law that directors could not escape these duties by resigning their positions as directors to exploit the relevant property, information or opportunity. Directors who tried to do so would be found to have breached their duties and to account for the profits made. It was generally seen as a requirement that there should be a causal link between ceasing to be a director and a desire to exploit a maturing business opportunity which the former director had become aware of while in office – the claim was therefore said to be founded on conduct prior to or at the time of resignation. No breach could occur for post-resignation acts.

When the Companies Act 2006 codified the various directors' duties, the application to former directors of the duty to avoid certain conflicts of interest was set out in section 170(2)(a) as follows:

"(2) A person who ceases to be a director continues to be subject–
(a)  to the duty in section 175 (duty to avoid conflicts of interest) as regards the exploitation of any property, information or opportunity of which he became aware at a time when he was a director, and
(b) […]
To that extent those duties apply to a former director as to a director, subject to any necessary adaptations."

The wording of section 170(2)(a), and whether it constituted any change to the duty as it had been understood in the pre-codification case law, has recently been considered by the High Court in Alan Burnell v Trans-Tag Limited, Robert Aird [2021] EWHC 1457 (Ch).

The facts of Burnell are complicated and concern claims and counterclaims related to the collapse of the business of Trans-Tag Limited. Among other things, it concerned a de facto director who, having ceased to hold office with the company, had subsequently put himself in a position whereby he could exploit certain rights of the company under a license agreement of which he had been aware as a director. It was accepted by the Court that the former director's resignation had not been prompted or influenced by a desire to exploit the company's property, information or opportunity. A key area of contention was therefore whether section 170(2)(a) had changed the law so that a director's conduct after leaving office could found a claim for breach of the continuing section 175 duty. Ashely Greenbank, sitting as a Deputy Judge, held that the wording of section 170(2)(a) had indeed constituted a change in the law.

Under the pre-codification case law, a director's conduct after leaving office could not of itself amount to a breach of duty – any claim had to be founded on the director's actions before or at the time of ceasing to be a director. The justification was that a fiduciary duty could not survive the end of the fiduciary relationship. Conduct after leaving office could only be relevant where the director's resignation had been prompted or influenced by a wish to acquire a maturing business opportunity for the director's own exploitation – if the directors then exploited that opportunity after leaving office, a breach of duty arose because the former director had shown a lack of good faith in exploiting an opportunity that had been planned while in office. It therefore followed that where the former director had left office for reasons not connected with the relevant opportunity, there was no breach if they subsequently pursued the opportunity having left office.

The wording in section 170(2)(a), however, states that the director continues to be subject to the section 175 duty in relation to the exploitation of property, information or opportunity the director had become aware of while in office. As stated in Burnell, this implies that the conduct of a director after resigning from office can give rise to a breach of the continuing section 175 duty, and that it is not a requirement that a director's resignation must have been prompted or influenced by the director's wish to exploit an opportunity belonging to the company. If a former director exploits property, information or opportunity they became of while in office there may be a breach of duty, in contrast to the previous body of case law.

The interpretation of section 270(2)(a) in Burnell entails an extension of the duty as it had previously been understood, as acknowledged in the judgment. Former directors who take up positions in competing businesses therefore need to be cautious as to how they use information and opportunities which they may have become aware of in their previous roles, as it is unlikely that the company of which they were formerly a director will have authorised any conflict arising.

However, the judgment also notes that the continuing section 175 duty is limited to the exploitation of "any property, information or opportunity" of which the director became aware while a director, and that this phrase is given a narrow interpretation in the case law. In particular, this had to be understood in the context of exploitation of a maturing business opportunity. It may be the case that future decisions will focus on this strand of case law and further explore the question as to how well developed such an opportunity needs to be to form the basis of a claim for breach of duty.

Furthermore, the judgment stated that as the Court takes a merits-based approach in assessing whether a breach has occurred, evidence as to pre-resignation as well as post-resignation conduct of a former director is likely to continue to be relevant to future cases. 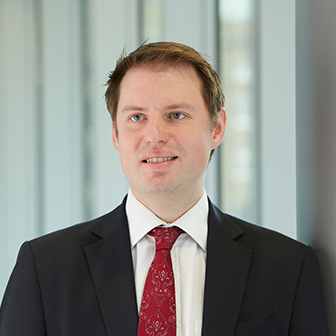