06 May 2021. Published by Nigel Collins, Partner, Head of Japan Desk

This article highlights a few interesting insights from an interview of Nigel Collins (RPC) and Mangyo Kinoshita (southgate) conducted by Brunswick Group.

Japan’s social culture has coloured its business activities for generations and helped make its manufacturing sector in particular a huge success. But that culture of doing business is evolving quickly, by Japanese standards. As a result of a combination of international influences, pressures from investors and government regulators and a shifting global economy.

In particular, the country’s international M&A activity and investments abroad, which were almost entirely halted during the 2020 as a result of the pandemic, are returning to life. Investors are expecting a surge in deals along with subtle changes in the way Japanese leadership conducts business. Pressures at home from an aging workforce and a declining population, along with pressures to create a green economy and recent growth in shareholder activism, are generating a mounting sense of urgency to demonstrate new robust growth to shareholders and investors.

Domestic deals in Japan remained very active last year. But with outbound M&A, the number of deals decreased 32.6 percent. As a whole, deal value went down by almost 60 percent last year which is a huge drop. On a positive note, Japan Inc is well-positioned to do deals coming out of the pandemic. See link for a view on this.

Midsize corporates continue to follow the larger Japanese corporates overseas and a growing drive into the green economy.

If you go back 10 years, a lot of that M&A was in the manufacturing sector. Over the last 10 years many of the big Japanese corporates, large manufacturers, major banks and insurance companies, large complex organisations like Hitachi and the trading houses have conducted a lot of M&A all over the world. In typical Japanese fashion, midsize companies have followed the larger Japanese corporates. These midsized companies are still very big companies in the context of UK and European markets.

The drive into the green economy is accelerating. Companies like Mitsubishi Heavy Industries and Toshiba have announced ambitious mid-term management plans based on decarbonisation of industry for the years ahead. There’s a lot of interest and investment into green and blue hydrogen, ammonia, carbon capture, battery storage and other green energy projects. Europe has a lot of new technology in these sectors and is ripe for more Japanese investment. One of the challenges for Japan Inc will be finding the right opportunities and partners as this is a hot market with increasing valuations and tough auction processes to navigate, favouring fast movers and big spenders.

When we look at companies like SoftBank or Fast Retailing (owner of Uniqlo), they are led by founders and strong entrepreneurs. A lot of Japanese companies with those sorts of CEOs have been very active and very successful in the global market. That’s a recent phenomenon. Traditionally, it was mostly car manufacturers that were the big players. But now we’ve started to see more companies led by strong CEOs, willing to engage in very difficult M&A activities. So, things are definitely changing. We are starting to see strong leadership and passion about the businesses they are buying.

The gap between a traditional Japanese style of CEO and Western CEO is narrowing. There are a couple of trends I've seen in recent years. One is that large Japanese corporates have been bringing in investment bankers and professionalising their M&A teams. That drives a more international approach. Midsize corporates will follow that over time. These more professional M&A teams have a lot of influence these days on strategy, execution and post-merger integration.

Another trend is where talented people have been sent abroad to gain international experience, they are returning and now being given the opportunity to influence the company at headquarter level back in Japan. Historically, some of these returnees were less influential. I see that in some larger companies these people are now exerting real influence on strategy and business practices, bringing in a lot of international knowledge. Japanese corporates are much more open these days to taking advantage of this knowledge and helping to narrow the gap between the very traditional Japanese CEO and the and the more hands-on Western CEO.

It will be interesting to see whether the growing number of these dynamic CEOs can forge a new direction for Japanese business. 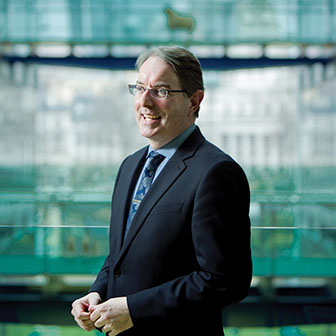